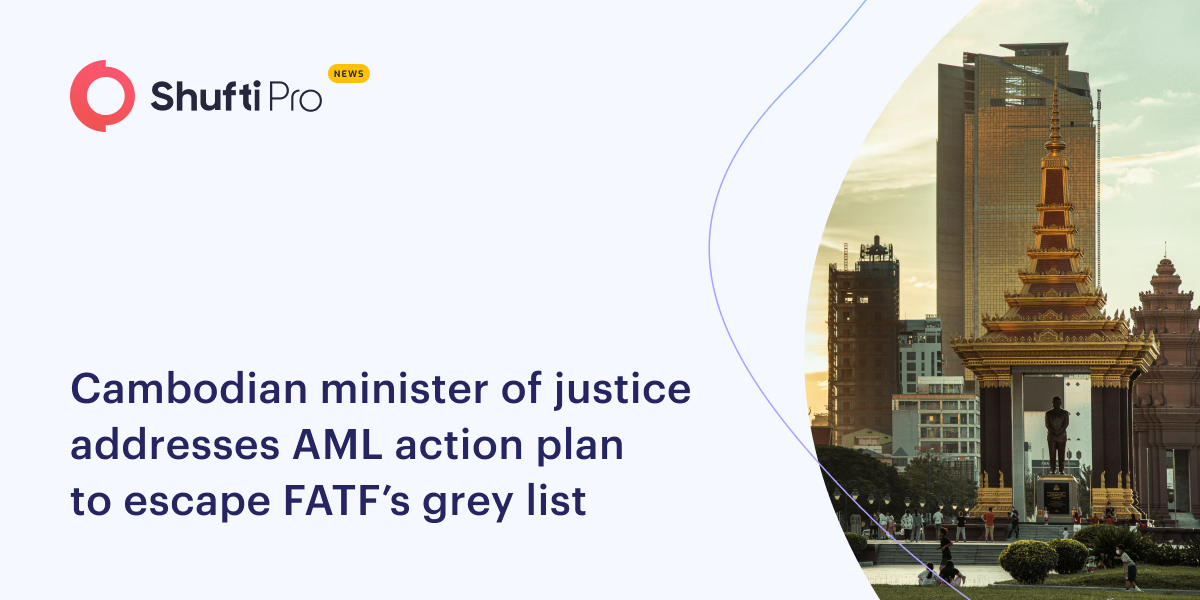 Koeut Rith, the minister of justice, has asked all relevant institutions to keep working together to prevent money laundering and the financing of terrorism so that Cambodia can be taken off the Financial Action Task Force (FATF) list of nations that are particularly vulnerable to money laundering.

On July 23, Koeut Rith received the call while attending the fifth meeting of the special subcommission tasked with carrying out the Asia/Pacific Group on Money Laundering action plan. The commission is led by the minister.

The Financial Action Task Force (FATF), an international organisation established to combat money laundering, conducted the meeting to evaluate the 10th cycle of reports before submitting them to its general assembly.

By the end of July, when the reports are due, the assembly will decide whether to take Cambodia off the list. Although the assembly felt there was space for improvement, the ninth batch of reports was generally warmly received.

He stated: “I ask all of you to continue to cooperate and work hard to combat money laundering so that Cambodia can be removed from the grey list,”

The meeting went over the report’s final text and made plans for a face-to-face meeting with the International Co-operation Review Group (ICRG). For the second time in 2019, the FATF placed Cambodia on the “grey list” and recommended the Kingdom improve its efforts to effectively combat these financial crimes.

Since then, Cambodia has worked diligently to implement the 14 action plans given out by the FATF and has reported its progress every four months.

The deputy director of the rights group LICADHO, Am Sath Ath stated that it would be excellent if Cambodia takes action to eradicate the illicit activities but also mentioned that this process will require a strong power to implement completely. He said: “The international community is interested in Cambodia and wants to take the Kingdom off of the money laundering grey list. If Cambodia enforces the new laws and gets off the list, it will be great for the nation’s image,”

He added that if Cambodia responded late to these crimes, then the effect will be the opposite, While Cambodia is on the grey list, it affects investment and aid because it suggests that financial improprieties may somehow be viewed as acceptable here.”