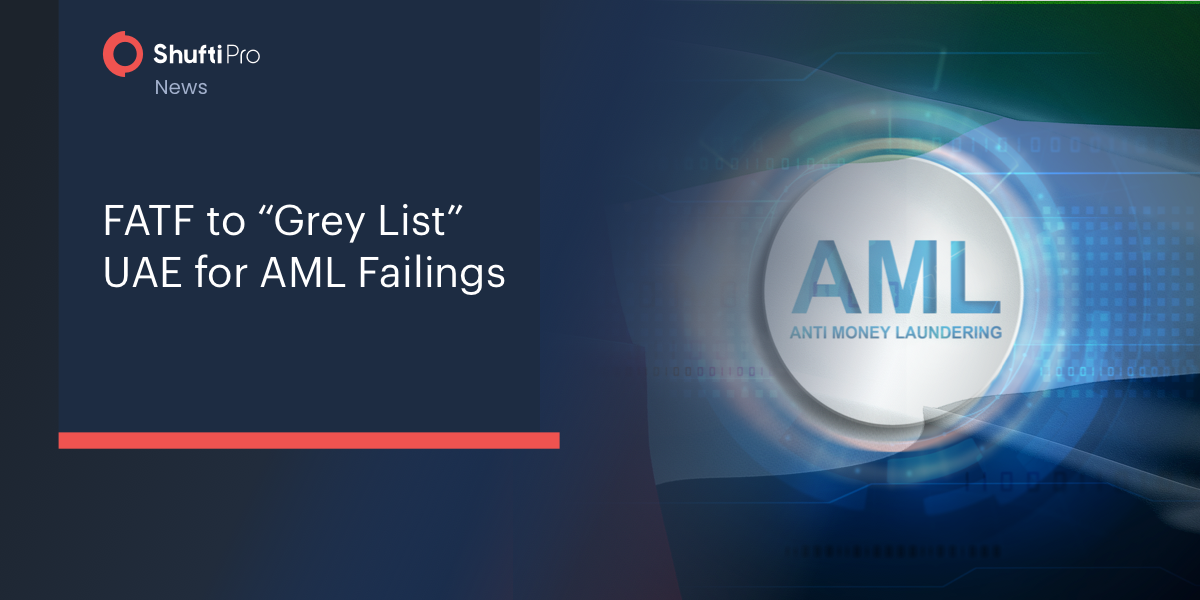 The Financial Action Task Force (FATF) is considering adding the United Arab Emirates to its gray list for having shortcomings in AML framework.

According to the Bloomberg reports, discussions are underway that could result in placing United Arab Emirates on Financial Action Task Force’s “Grey List” for failures to identify, and curb terrorist financing and money laundering activities, despite efforts made by the government to halt illegitimate financial flow in UAE.

The FATF is viewing to add UAE to one of the two classifications used by the financial watchdog for the countries flagged to have strategic AML deficiencies. This move could pour an adverse impact on UAE because it has struggled to build a global image as a regional and international financial hub. Due to this reason, the country has taken steps like setting up joint operation rooms in December in order to avoid failing to comply with the regulatory obligations.

Katherine Bauer, a former Treasury Department Official who was leading the US delegation to the Middle East and North Africa Financial Action Task Force quoted, “There are undoubtedly costs associated with being gray-listed.”

“Many global regulators require that banks and financial institutions review, if not revise, their risk ratings and associated due diligence measures for counterparties in countries on the FATF list,” Bauer added.

However, if the FATF approves the designation, this would become one of the most crucial moves in the watchdog’s 30-year history. The country has also submitted a report to FATF last November but didn’t manage to attain the required threshold to stay off the grey list. The financial watchdog is expected to take a decision at a plenary meeting set for February 2022.

UAE government is planning to make their case to the FATF, including during the planned trip to Paris in the upcoming weeks. 23 countries are under the monitoring of FATF, while only North Korea and Iran are on the “black list”. A “gray list” applies to the nations that have shortcomings in their anti-money laundering framework to curb money laundering, proliferation financing, and terrorist financing, yet are committed to complying with the regulatory obligation.

The UAE Executive Office for Anti-Money Laundering and Counter-Terrorist Financing, Hamid al-Zaabi told Bloomberg that the country is taking the allegation very seriously and has collaborated with “partnered with highly skilled and experienced specialists with a track record in meeting best international practices and standards. The UAE is fully committed to upholding the integrity of the international financial system, which includes working closely with our partners around the world to combat financial crime,” he said.

Since the FATF’s warnings, UAE has made major enhancements to eliminate shortcomings and is trying hard to stay put with the global financial regulatory obligation. In addition to this, special courts are also being set up, especially for combating money laundering and terrorist financing crimes.