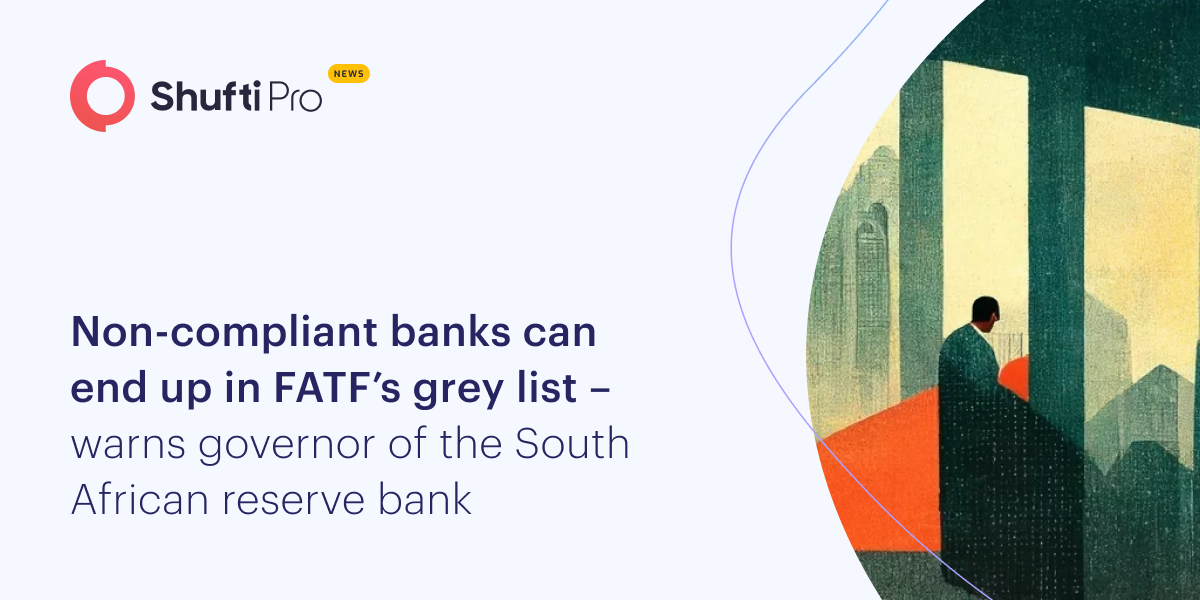 Lesetja Kganyago, Governor SARB confirms to the Parliament’s standing committee about the inclusion in Grey-List if failed to comply with the FATF’s standards

Banks should abide by the FATF guidelines rather than taking unilateral action against entities and people who have been accused of engaging in illegal financial activities.

Pieter Smit, executive manager for legal and policy at the Financial Intelligence Centre (FIC), stated earlier this year that it was unacceptable for banks to prematurely shut financial accounts because doing so would impair FIC’s ability to take action.

“This is, in fact, not a behaviour that the FIC encourages. We are very clear when we speak to the banks that we do not accept a bank’s explanation that they cannot keep that account for an account holder because it jeopardises the FIC’s own work,” he said.

Several regional banks have paid more than R100 million in fines for breaking national and international regulations. If the nation doesn’t comply with FATF’s recommendations by February 2019, the banks may be fined, or banned from financial markets of raising capital.

The Governor of the South African Reserve Bank (SARB), Lesetja Kganyago stated to the parliament’s standing committee on Finance (SCoF) that if the banks fail to properly implement the report’s measures, then it would result in grey-listing.

“However, avoiding grey-listing includes law enforcement and prosecutors beyond what we’re doing. We started a programme in 2020. We’ve created a work stream and are convinced we can comply based on our analyses.”

The court stands in favour of Standard Bank, holding that a bank’s right to terminate an account when necessary is a contractual right that has no bearing on constitutional principles or matters of public interest.

In violation of regulations, several banks have closed the bank accounts of individual businesses, including Sekunjalo Investment Holdings and its subsidiaries.

Banks are required to report suspicious transactions under Section 29 of the FIC Act. Fines from the SARB may result from failure to fulfil these obligations. According to the FIC Act, the regional, national, and international law enforcement partners, SARS may request this information.

The FATF started assessing the nation’s banks three years ago, and on October 7 it published its final evaluation. All regulatory bodies should hold beneficial owners to standards of propriety and decency and investigate any allegations of illegal wrongdoing against their directors, top management, additional owners, or affiliates.

Kganyago stated: “Our concern is not just that FATF would impose this on us, but other countries, like the EU, will step up their activities on South African-based institutions.”

He added that the International FIs would perform more checks of due diligence on South African banks with International entities that may be hesitant to do business with the country.

“The cost of borrowing in this economy will rise, he warned. The SARB must move quickly to avert grey-listing and show meaningful progress. If we’re grey-listed, we should be removed within a year,” Kganyago said.