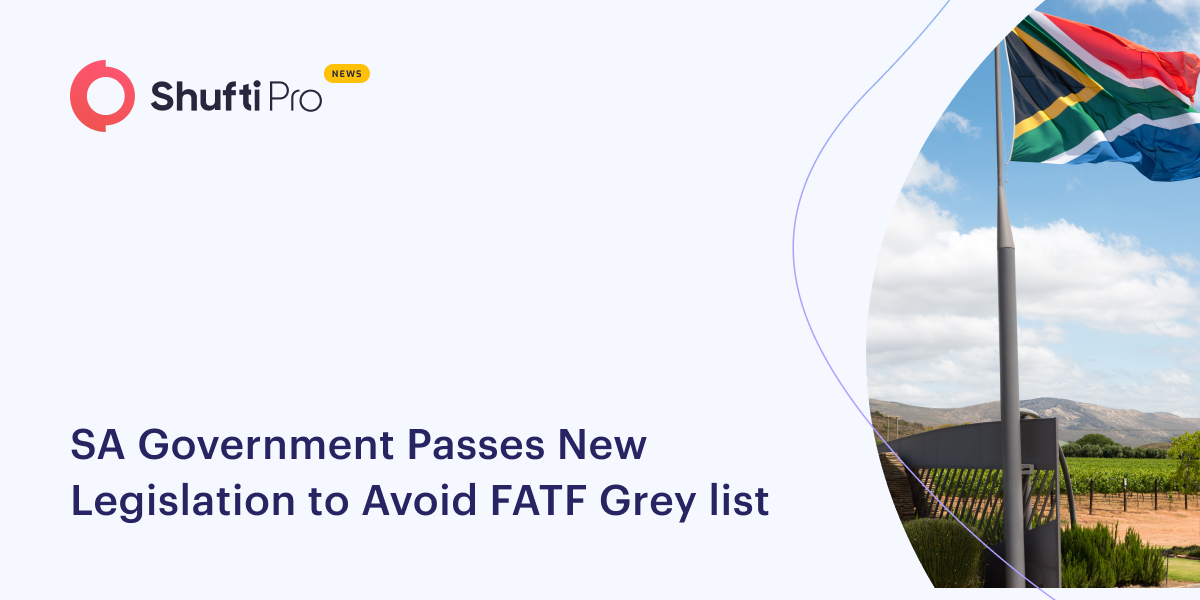 South Africa is tightening its defences with amendments that address the issues of terrorist financing and money laundering. The houses of parliament have passed two significant pieces of legislation that will prevent the nation from greylisting by FATF (Financial Action Task Force).

The primary laws of the AML and CFT amendment bill and the protection of consultation democracy against terrorism will be in practice by February 2023 at the FATF plenary session in Paris, France.

The global watchdog has identified shortcomings in the effective monitoring and prosecution of corruption, tax-related crimes, terrorist financing and money laundering in South Africa.

According to Amelia Warren, the candidate and legal practitioner at ENSafrica, the government can now identify the concrete steps to amend the identified technical deficiencies.

Two amendment bills will address the 16 and 20 technical aspects of the non-compliance from the global watchdog. The National Assembly added the bills in July and August. National Council of Provinces passed the amendments on the 13th of December, 2023.

Other pieces of legislation will address the remaining shortcomings, such as recent amendments to the schedule of FICA (Financial Intelligence Centre Act).

According to the national treasury, the new amendments demonstrate the government’s concern for fighting corruption and terrorist financing.

“Represents a giant step towards South Africa complying with the 40 FATF recommendations”.

“When enacted into law the two bills will improve South Africa’s adherence to international best practice in combating financial crimes and corruption,” it added.

“The additional sectors will improve the FIC’s ability to obtain information concerning the financial activities of customers from a wider range of financial, non-financial institutions and crypto asset service providers,” the FIC said in a statement.

The amendments are effective from Monday, the 19th of December, 2022.

South Africa Gets the Green Signal for New AML/CTF Laws