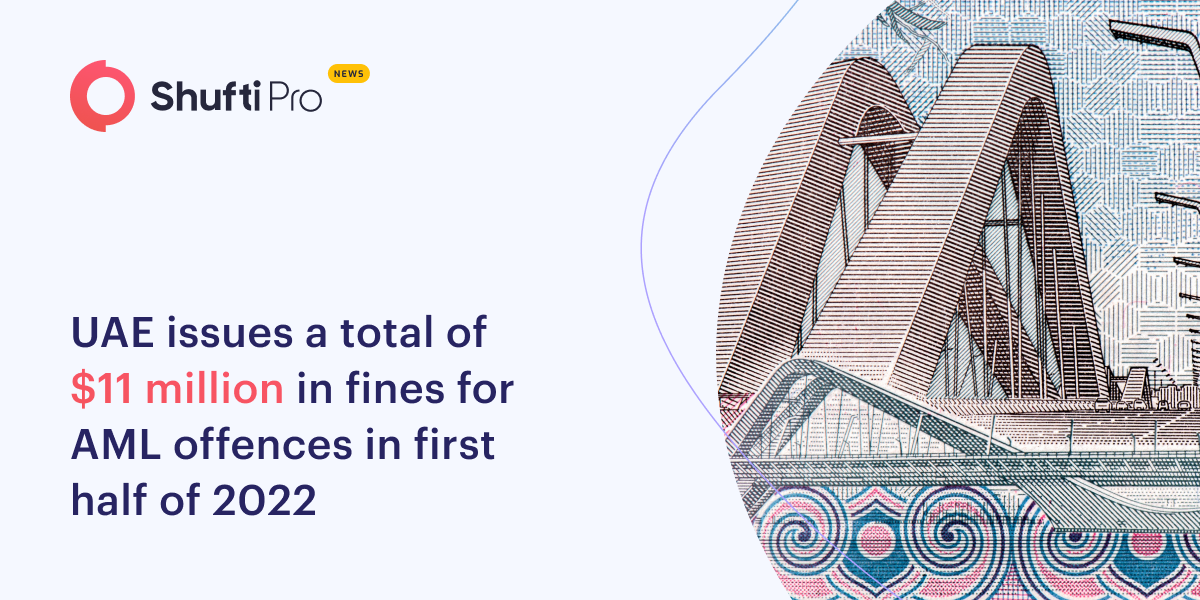 UAE’s AML task force has imposed fines of over Dh41 million ($11m) in the first six months of 2022 as it takes steps to restrain illicit financial activities.

The anti-money laundering task force of the UAE has imposed a Dh41 million fine in the first half of 2022 as a preventive measure against illicit financial activities. Hamid Al Zaabi, director-general of the executive office of AML/CFT, was quoted by the state news agency Wam as saying that the higher committee in charge of the Emirates’ national strategy on AML/CFT has increased its efforts to support cases and requests involving international cooperation and mutual legal assistance.

During the committee’s 15th meeting progress made by the UAE in the fight against illicit finance was reported, which was presided over by Sheikh Abdullah bin Zayed, Minister of Foreign Affairs and International Cooperation.

The rising digitalization of the financial sector has made it more susceptible to fraud. According to the UAE Central Bank, the Covid-19 pandemic also increased fraud, cyberattacks, bribery, corruption, and money laundering throughout the financial sector.

In order to encourage the development of a safe environment in the nation, the UAE has been at the forefront of the fight against the illegal financial activity. Atul and Rajesh Gupta were also detained by Dubai Police in June after an Interpol Red Notice was sent against them for allegedly stealing billions from state-owned businesses in South Africa.

Days earlier, the authorities of the emirate detained British citizen Sanjay Shah, a hedge fund trader, on the basis of an international arrest warrant from Denmark, on charges that he was a key figure in a scheme whereby foreign companies pretended to own shares in Danish companies and claimed tax refunds for which they were not qualified.

Globally, the money laundered is projected to be doubled to $5.8 billion by 2027 from the calculated number of $2.8 billion in 2022, as per research.