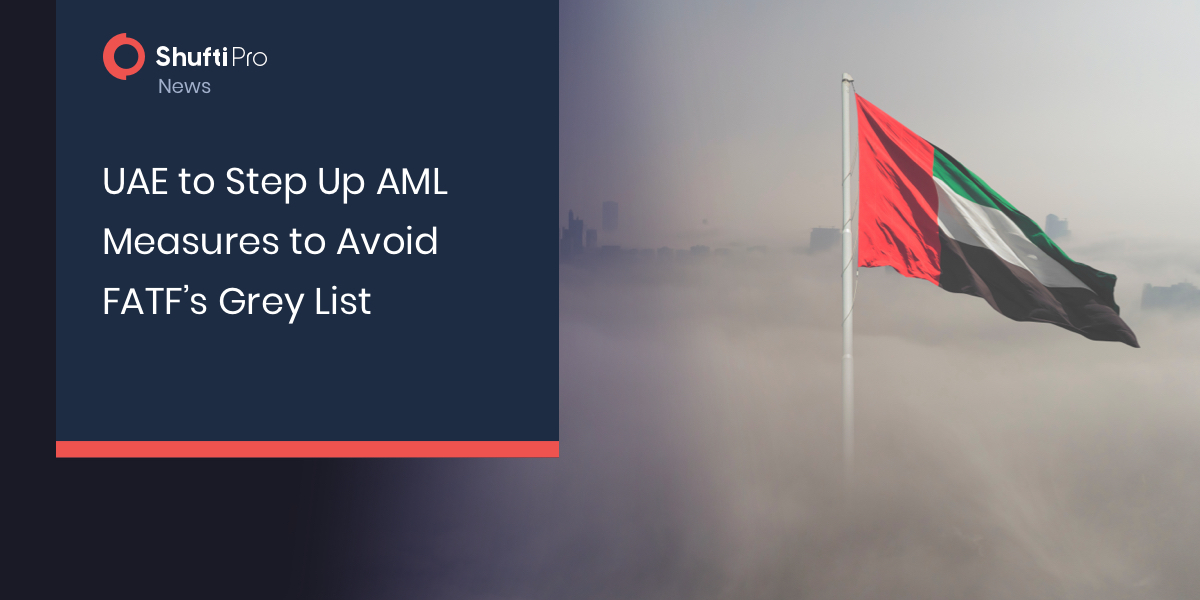 After FATF’s warning to grey list the UAE for AML failures, the region is set to step up compliance efforts to avoid becoming part of global watchlists.

Last week, Bloomberg revealed that discussions are underway to grey list the United Arab Emirates since the country failed to identify and curb money laundering risks. That being said, UAE has dramatically stepped up its efforts to fight financial crimes like terror financing and money laundering.

UAE was seen as a magnet for financial crimes for a long time and back in April 2020, the global financial watchdog FATF warned the region to work closely on its AML protocols and strengthen compliance in vulnerable sectors.

“We took the recommendations on board and started to change,” Ahmed Al Sayegh, minister of state at the foreign ministry, said during an interview with the Financial Times. “We believe we have made significant progress – the bar has been set very high.”

According to Western officials, the UAE has made progress but it still cannot avoid being on the grey list. FATF’s grey list currently has 23 countries, including Yemen, Syria, Panama, and Zimbabwe. For the UAE, the decision is yet to be finalised.

Al Sayegh, who is a part of the AML task force, said, “Regardless of the outcome, we now have an action plan”. The United States describes the rapidly growing economy of UAE as “transshipment point for illegal narcotics and a master key for drug revenue”. Dubai is a tax-free location making it convenient for criminals to hide illicit funds, especially in the state’s flourishing real estate sector and gemstone market.

Bankers find it unlikely to deter financial institutions that seek to establish in the UAE if it is placed on the grey list. However, reputational damage costs might increase for local banks with a global clientele. “It wouldn’t be a deal breaker, but it’s not something we would like to see,” an official said.

FATF’s executive secretary, David Lewis (who resigned last year) said, “The UAE is a large, complex jurisdiction, it is a connection point for many illicit funds, but they have a high level of political commitment to deal with this and they have shown this to the FATF. He added that even though the UAE avoids the grey list, “they [will still] have challenges and more work to do, I’m sure.