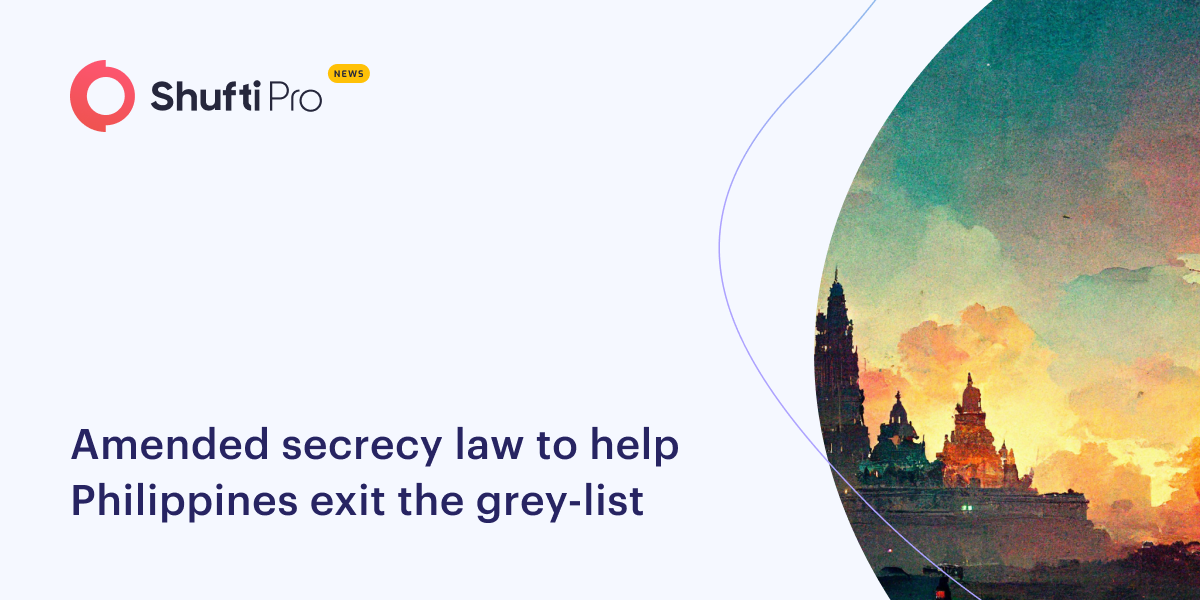 According to a central bank official, proposed amendments to the Philippines’ bank Secrecy Law and financial account regulations will strengthen our defences against instances of money laundering and cybercrime. This could assist the nation to be removed from the Financial Action Task Force’s (FATF) grey list.

This agenda included measures to amend Republic Act No. 1405, or the Secrecy of Bank Deposits regulation, the use of financial accounts. It also mandates the registration of SIM cards, and institutionalise the use of digital payments.

The country’s Bank Secrecy Law needs to be amended, according to Mr Capule, as the current regulations only let the BSP examine a limited number of data and documents.

“The BSP recommends amendments to the Secrecy of Bank Deposits Law to be limited within the confines of BSP’s banking supervision and its investigation of closed banks… We are only looking at deposit accounts of stockholders, owners, directors, trustees, officers or employees of banks as well as their agents and related parties… We are opening bank secrecy only on a very limited scale. We do not want bankers to abuse their power as bankers,” Mr Capule added

The bill might boost the likelihood that the nation will quickly remove itself from the FATF’s grey list, flagged jurisdictions that are subject to increased surveillance for dangers associated with dirty money. The Philippines was added to the FATF’s grey list in June 2021, and officials intend to have the country removed from the list by January 2023.

“One of the findings of the FATF is that there is no effective implementation of the money laundering law as well as other laws because of stringent bank secrecy. They said one of our constraints is the lack of ability of competent authorities to access information held by banks,” Mr Capule said.

Regulation of the usage of financial accounts will go hand in hand with changes to the bank secrecy law, the official noted.