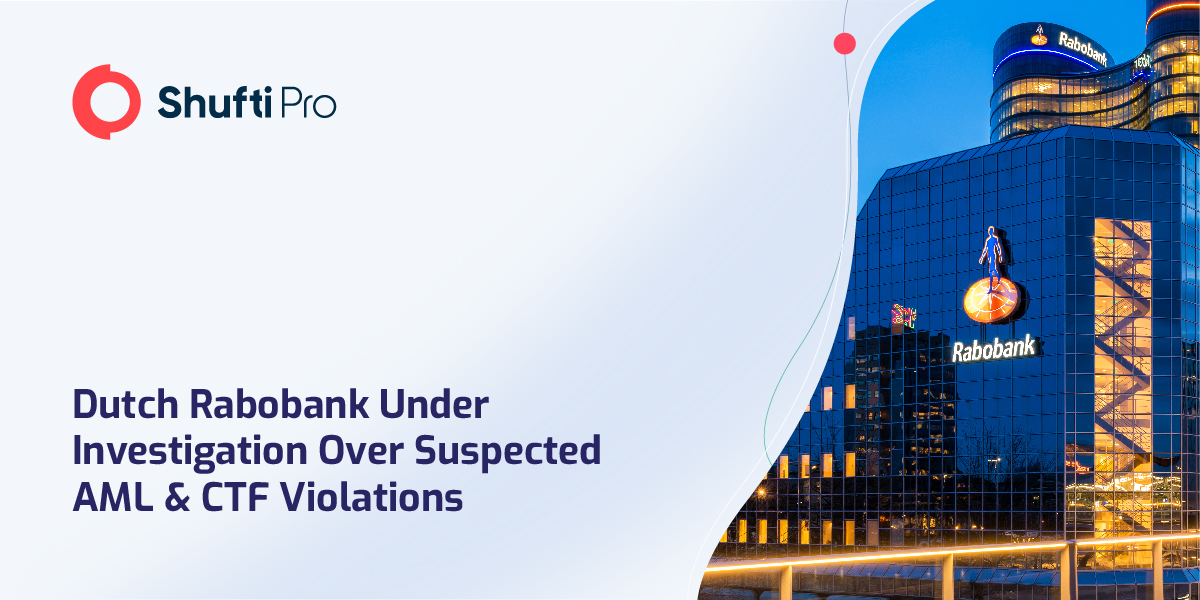 Rabobank made its announcement following a civil investigation by the Dutch Central Bank (DNB) that resulted in a fine of a half-a-million euros against the bank and a recommendation to launch a criminal investigation.

“The Dutch Public Prosecution Service has informed Rabobank that it has been designated as a suspect in connection with violations of the Money Laundering and Terrorist Financing Prevention Act,” Rabobank said in a statement. “An investigation is underway into this,” it added without giving further details.

In September 2018, the DNB asked Rabobank to improve the way it screens clients, keeps track of transactions, and flags questionable ones. According to the NOS public broadcaster, Rabobank had to have all of its clients in compliance with the AML/CTF laws by April 2020.

However, the DNB found that Rabobank still wasn’t adhering to the requirements last year and issued the penalties. Rabobank stated that it was fully cooperating with the investigation. According to bank representatives, the NOS has to put its own “recovery plan” into action until 2024. This included a rule against accepting new customers from specific “critical groups”, such as professional sports clubs or particular industries that deal with large sums of money. A chief financial and economic crimes officer was reportedly hired by the bank in October, according to news sources.

The bank fraud scandal came after similar inquiries into ING, the top money lender in the Netherlands, which was penalised with a fine of 775 million-euro in 2018. Following a two-year investigation by Dutch authorities into that incident, ING fired its Chief Financial Officer, Koos Timmermans, after discovering that numerous suspects in white-collar crimes had accounts there. The incident sparked demands for the resignation of ING’s directors and posed a major reputational risk to the company.