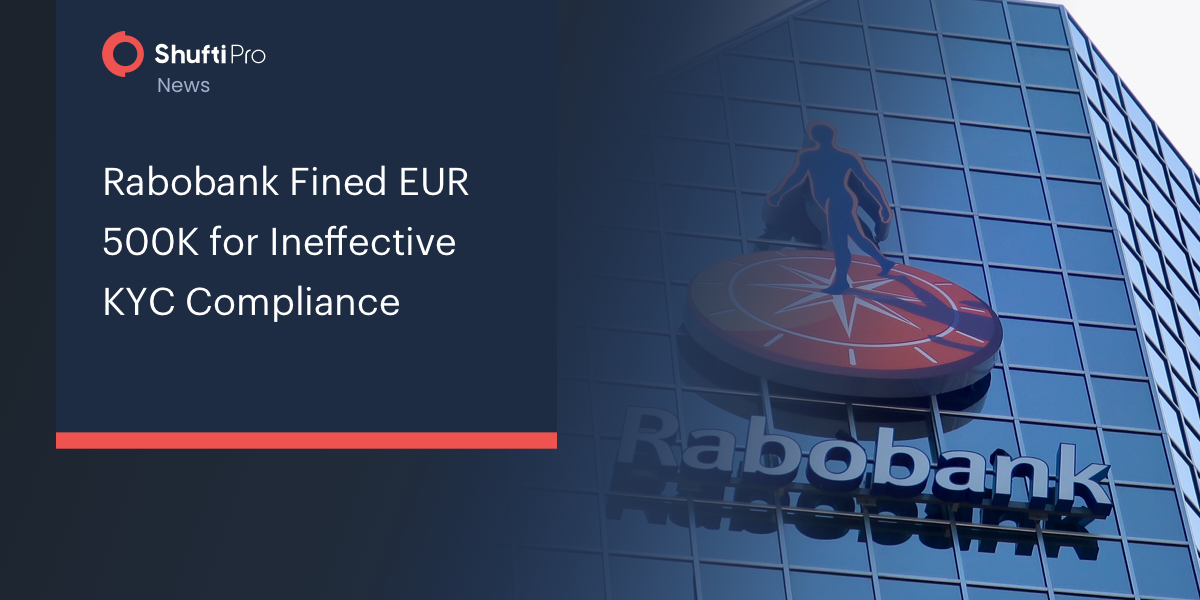 On 12 October 2021, Rabobank received draft instructions from the Dutch Central Bank (DNB) ordering it to strengthen its AML/CFT framework. The remedies are mainly associated with the “execution, recording, and outsourcing of Customer Due Diligence (CDD), transaction monitoring, and Suspicious Activity Report (SAR).”

The draft injunction came after the last order received in September 2018 that ordered the bank to “improve it’s Know Your Customer (KYC) compliance activities.”  However, on 1 April 2020, “DNB carried out an investigation and concluded that Rabobank did not meet the injunction requirements, despite all efforts.”

Hence, the Dutch Anti-Money Laundering and Anti-Terrorist Financing Act violation had forfeited a penalty of EUR 500,000 to Rabobank. In addition, the DNB has also announced that it will start a punitive enforcement procedure, but the outcome is yet unknown.

In addition to the statement, the chairman of the Executive Board, Wiebe Draijer, said that Rabobank is constantly trying to build a “robust and future proof KYC organization” and has the bank’s full attention. He added that the bank is on its mission to protect its “customers, members, and the society against financial crimes” and is in “constant dialogue with the DNB” on such matters, with 4500 specialists spread worldwide.

Even though DNB clearly advised Rabobank to improve its AML/CFT procedures, the bank failed to do so as they relied on ineffective AML/KYC verifications to onboard customers. If the banks had opted for an AI-powered AML verification system along with ongoing AML, they could have avoided the regulatory penalties.