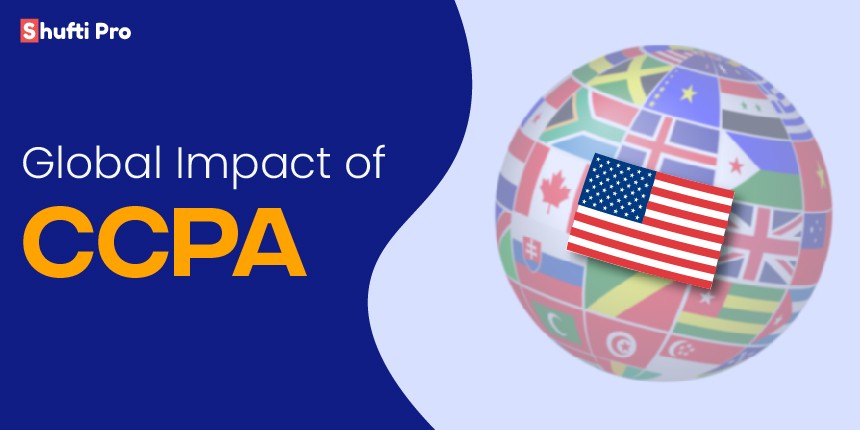 California consumer privacy act has been revolutionizing consumer data regulations. The act was passed in June 2018, introducing reforms that would cause a major change to the privacy policies and data usage policies of the tech companies. The Act has made it mandatory for the tech companies to disclose their data collection motive, the nature of the data collected and also the third parties to whom it has been sold for ad generation. It will have a global impact on the tech industry using the consumers’ data. The act was much anticipated as it will improve the online experience of users and will reduce the frauds that happen due to data breaches. Such losses of data cause major harm to the business in possession of that data. The compliance to the California Consumer Privacy Act will add value to the company profile, increase its credibility and also increase the customer value of the company. Because the consumers are very keen to exercise control over their data. According to a survey, 90% of Americans want to exercise control over the information collected from them.
The data that the consumers leave willingly or unwillingly at the internet is not some useless data trail that would remain in the cloud, but the search trail and other information that the users provide willingly is used by the businesses to generate high revenues. Appearing in mobile search and results can increase brand awareness by 46%. Facebook, LinkedIn, youtube, Reddit, etc are considered the most fruitful platforms for selling the products. According to a survey, 93% of businesses in a B2B arrangement consider Linkedin as a most valuable platform for their business while 95% of B2C businesses consider Facebook as the most valuable platform, in terms of generating revenues and creating brand awareness among the consumers.
These businesses do not generate revenue by just posting their products for sale, they use the user data available with tech businesses like facebook, google, etc. to analyze and predict the consumer buying behavior hence making sales offers based on the buying behavior of a user.

The act was passed as a bill in June 2018 by the California state legislature. It will be in effect from January 2020.
This act has given many rights to the Californian over their data collection and usage.

The businesses that have the following attributes will be liable to follow the regulations of the California Privacy Act:

Disclosures regarding usage of data:

The tech companies are bound to take consumer consent before selling their personal information to a third party. It forces companies to reveal what data they collect and how they use it. Also, the consumers will have the right to request the business to delete and remove their data from the database of the business.

Requests by the consumers:

Consumers of California will have the right to request the company to show them the usage history of their data. This request includes the usage and the purpose of data, third party to whom data has been provided, methods used for the collection of data and the categories of personal information collected.

The tech companies operating in California have to add a “do not sell my personal information” button at a clear place on the website.

Legal action by the consumers and fines:

The consumers will have the right to sue the company for illegal use of their personal information. The businesses if found noncompliant with the California Consumer Privacy Act (CCPA) will be liable for a fine of $2500 to $7500 on every violation.

Even if the user exercises his right to control his data the business will not show any discrimination towards that consumer regarding the services and the price of the product.

The California Consumer Privacy Act will be in effect from January 2020, hence the businesses need to buckle up for the changes that they would have to introduce in the privacy practices of their company. According to a survey of 250 executives of businesses in California, 72% of them plan to invest in their IT infrastructure to meet compliance with CCPA, one-fifth of the survey respondent stated that their company plans to invest more than $1million on the compliance-related functions. The survey found that only 21% of the businesses in California are currently compliant with the new privacy regulations.

According to a survey, 87% of shoppers say that social media plays a vital role in their shopping decisions. The businesses are aware of this trend, hence use this to market their product by using the easily available information on social media platforms.
Social media websites like Facebook will have to change their practices of selling the personal information of users to third parties. For selling this data to a third party the business would need to take the consent of its users.

The search engines like google would also be affected by the California Consumer Privacy Act (2018). The company has been selling the user data to third parties and making big bucks out of it, but now the company’s revenue from ads generation might fall because the users from California would have the right to not provide their personal data for ad generation or for selling it to third party users.

These businesses are taking the major advantage of the consumer data sold online. The user’s buying and internet surfing data is analyzed through AI-based products and the sale offers are made based on the preferences of the consumers. Hence, the consumers are indirectly forced to buy a product that they would not have bought if there were no ads on their browser.
Hence it is clear that Calfornia Consumer Privacy Act (CCPA) will reshape the privacy policies of the businesses around the world and especially the multi-million dollar firms. Buying and selling of consumer data have formed a huge industry, the businesses having access and so-called “rights” over the of consumer data has been exploiting the consumer data to make huge profits. The CCPA will give the rights into the hands of the right owners.