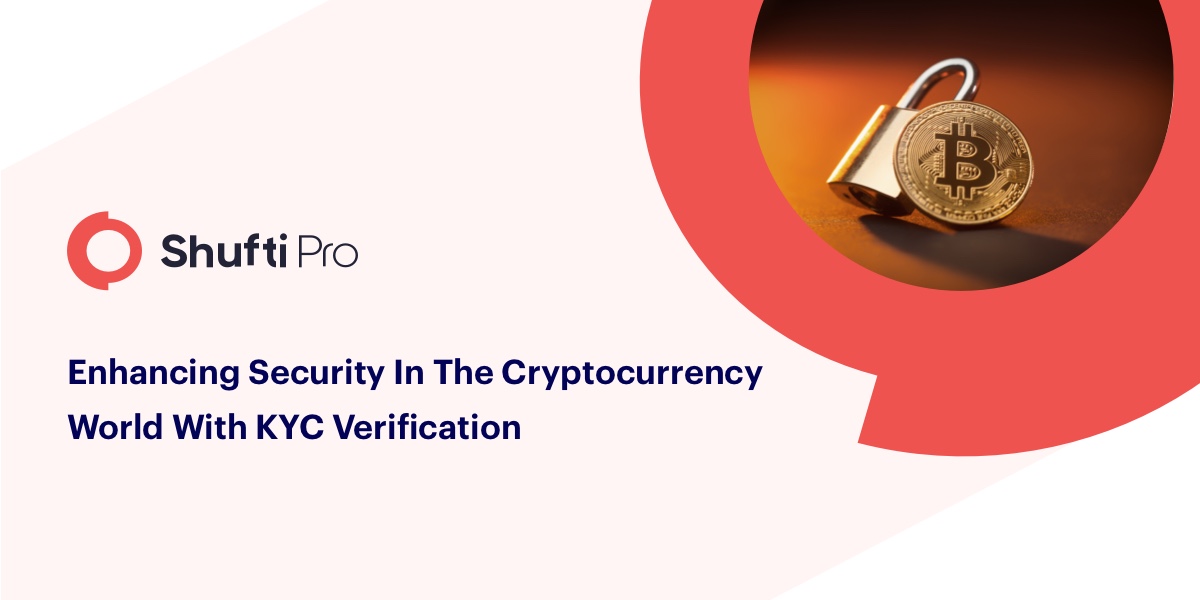 Enhancing security in the cryptocurrency world with KYC verification

Almost 20 years after the legislation on combating money laundering, regulators around the world are working to create global standards for the Know Your Customer (KYC) rule. These standards are applied now, in particular, to the financial and technological sectors and cryptocurrencies. The technology sector, which began with idealized anonymous peer-to-peer payments, now takes into account the security of traditional finance, which means compliance with KYC regulations.

Even though technology in some aspects has stepped far forward, the attitude of cryptocurrency to KYC was sometimes dismissive, and in some cases criminally negligent. The attitude is changing, but the debate over how the KYC rules and cryptocurrency interact is only flaring up.

What is Know Your Customer verification?

Due to the digitization of the international financial system and the increasingly stringent regulation of the industry, regulatory compliance is on the rise. What used to be a secondary area that occasionally caused a headache for investment bankers and traders is now becoming an important centre for big data processing.

KYC is the process of checking who your customers are, either they are who they claim to be or someone else. In the period from 2000 to 2010 in most jurisdictions: in the USA and Canada, in most European countries, South Africa, Russia, India, Singapore, South Korea, China, and Japan legislation was passed for KYC and AML regulation (anti-money laundering laws). As a result, banks and related financial institutions began to comply with the requirements of anti-money laundering legislation.

Cryptocurrency exchanges are currently considering fiat ramps as the main component of their product. Such changes have led to dependence on banks and payment systems, requiring the same level of compliance that they adhere to.

For almost all organizations involved in payments, KYC rules are designed to prevent criminal activities such as fraud, money laundering, terrorist financing, the use of stolen funds, bribery, corruption, and other suspicious financial transactions. Today, most of the KYC rules are associated with strict regulatory compliance, often in the name of protecting consumer rights. But ultimately it is a risk management process.

Often, large companies themselves manage their own KYC rules, this is done by the staff. Small companies, by contrast, outsource verification processes to third parties. Regardless of who is involved in KYC, the process usually does not change. Clients must send identification documents: address, bank statements, and sometimes explain the source of their funds.

Keeping confidential documents is as important as using them. In the pre-cloudy era, banks had to duplicate documents to insure themselves against the loss of a document. Files were copied and stored on various unrelated servers.

Thanks to Amazon and other cloud storage providers, institutions and third-party verification providers now encrypt AES-256 KYC guidelines and securely store them on cloud servers like Amazon S3.

In the early years of Bitcoin and the first cryptocurrency exchanges, the KYC rule was practically not known. Users could make transactions without revealing their identity, often without even creating an account.

Now, most major exchanges and crypto-financial services providers are facing pressure from government agencies and have taken appropriate measures to implement the KYC principles. Users expressed their dissatisfaction, but they are already faced with these processes and accept them in their daily lives. Cryptocurrency is still regarded as an anarchist financial instrument within its community. And yet, when it comes to shareholders, business needs to play by the rules to attract investment and achieve faster growth.

Despite the work being done to eradicate illegal or unethical behaviour and legitimize the industry, more than two-thirds of cryptocurrency exchanges last year still did not adopt sufficient and adequate KYC principles.

Those who continue to work without applying the KYC rule will be constantly at risk, and most likely they will have to work in obscure or secret jurisdictions that protect themselves from lawsuits. This approach is unlikely to fill users with confidence. Ultimately, they will gain access to “dark money” and a small number of law-abiding, privacy-conscious consumers. As a result of this, the expansion of the exchange will become virtually impossible.

Decentralized Exchanges (DEX) was once seen as the next wave of cryptocurrency exchanges. It is understood that anonymous peer-to-peer trading can solve many problems with centralized exchanges, including the need for KYC rules. Large exchanges have already implemented their versions of DEX, but they have selectively chosen the advantages of decentralization: lower infrastructure costs increased security and user-controlled tools.

Cryptocurrency is a world-class game. If you want to conquer new markets, you must demonstrate achievements in the field of corporate responsibility. Selective disintegration is the best answer to this challenge. Finding a suitable provider that can ensure uninterrupted operation with minimal cost and guarantee data security is the real challenge that the industry is facing.

The future of KYC

We are currently witnessing the advent of RegTech 3.0, a regulatory technology that digitizes a wide range of regulatory compliance processes. RegTech technology is designed to reduce costs, improve consumer protection and identify risks long before regulatory authorities intervene. This technology uses a combination of new technologies, such as artificial intelligence, machine learning, RPA (robotic automation of technological processes and production) and biometrics, but at the same time signals significant changes in the strategic direction. Instead of an isolated review of consumers and their behaviour, regulatory compliance is now seen as a valuable source of data.

Self-governing identity is another concept actively explored by researchers in the blockchain world who are looking for an alternative to centralized identity on the Internet, where verifiers, not verified ones, are under control.

But for the time being, machine learning and biometrics are considered as the potential technologies to enhance online security and verify the identity of customers. With tangible results in the form of customer satisfaction and data security, investment in better technologies is recognised as a key to an efficient financial ecosystem. By using artificial intelligence for real-time and swift KYC verification, the crypto industry can get a real push.