- How Deepfakes Deceptions are Affecting Businesses
Skip to content 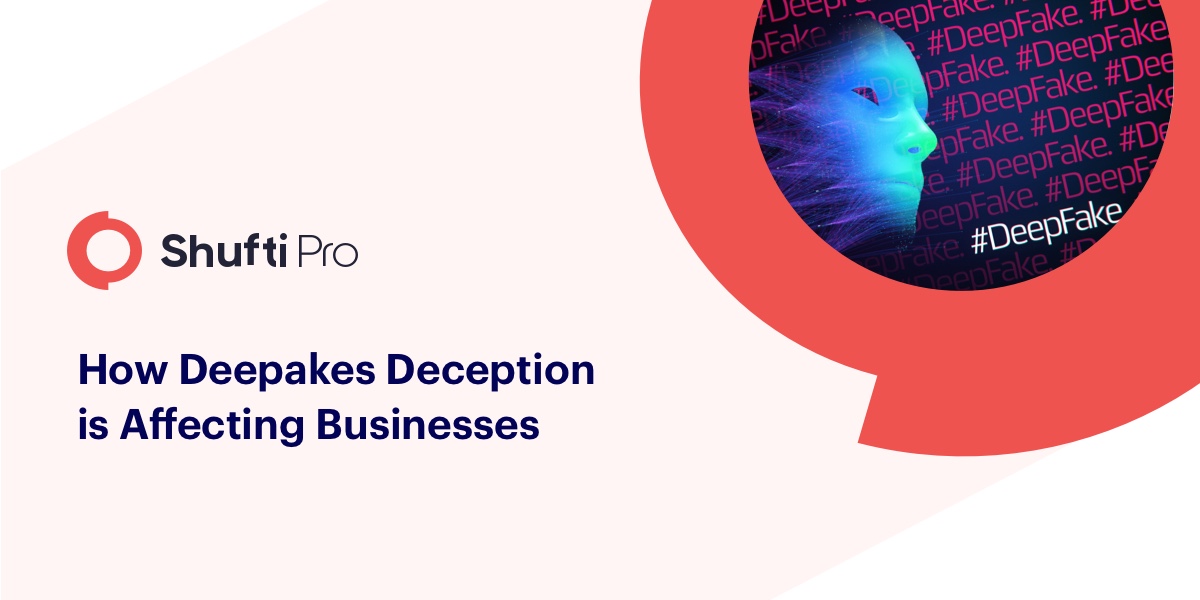 How Deepfakes Deceptions are Affecting Businesses

The word deep fake comes from the terms “deep learning” and “fake,” and is a type of artificial intelligence. In simplistic terms, deep fakes are falsified videos made by means of deep learning. Deep learning is “a subset of AI,” and refers to arrangements of algorithms that can learn and make intelligent decisions on their own. This technology can be used to make people believe the false. According to Peter Singer, cybersecurity and defense-focused strategist and senior fellow at New America think tank the danger of this technology is that it can be used to make you believe something is real when it is not.  These deep fakes are a new kind of video featuring realistic face-swaps. In short, a computer program finds common ground between two faces and stitches one over the other. If source footage has high resemblance the transformation is nearly seamless.

Deepfakes are so-named because they use deep learning technology, a branch of machine learning that applies neural net simulation to massive data sets, to create a fake. The source face is transposed onto a target like a mask by using artificial intelligence.

Why Deep Fakes are being used?

Deep fakes have various purposes to be used. Following are the details:

Now, this technology is being widely used to deceive people by cybercriminals. Nowadays, there are several different ways to swap faces in a very realistic way. Not all use AI, but some do: deep fake is one of them. Such technology can be used to fool a system and gain access. This poses a major threat to businesses across the globe. New technologies are being used to deceive people online.  A recent focus on disinformation and fake news has sparked concerns among the public. In the past, only an expert forger could create realistic fake media by using deceptive techniques. But now using machine-learning allows anyone with a smartphone to generate high-quality fake videos. Such videos can incite panic and sow distrust in businesses to produce other harmful outcomes. Because of potential harms businesses have expressed concerns about deep-fake technology. Deep-fake technology can create such realistic-looking content that represents an unprecedented development in the ecosystem of disinformation. The content produced by deep fakes seems so real that the viewers are induced to trust it and share it on social networks thus hastening the spread of disinformation.

Ways Deep Fake Deception is a Threat to Business:

Following are the threats that deep fakes pose on businesses:

Deepfakes are to spread fake news against anyone. Videos of CEOs are made previously which has been used against the businesses. Such cases spoil the company’s reputation catastrophically. KYC is a mandatory thing to be performed by business in order to verify their customers and KYB to authenticate other businesses. Such deepfake videos can be used to trick the system and hence causing the unauthenticated and wrong people to be taken on board. Such customers are the biggest threat to businesses as they will use your business to run illegal activities like money laundering, terrorist financing, cybercriminal activities like data breaches. Ultimately it’s the business whose name and reputation will be spoiled in all these scenarios.

Social engineering and fraud are by no means a new threat to businesses, with spam, phishing, and malware routinely targeting employees and businesses’ IT infrastructure. Most corporate entities have adapted to deal with these threats, employing robust cybersecurity measures and educating employees.

However, deepfakes will provide an unprecedented means of impersonating individuals, contributing to fraud that will target individuals in traditionally ‘secure’ contexts, such as phone calls and video conferences. This could see the creation of highly realistic synthetic voice audio of a CEO requesting the transfer of certain assets, or the synthetic impersonation of a client over Skype, asking for sensitive details on a project.

These uses of deepfakes may seem far-fetched, but as an example by a Buzzfeed journalist demonstrated last year, even primitive synthetic voice audio was able to convince his mother he was speaking to her on the phone. The threat here is derived from an existing assumption that this kind of synthetic impersonation is not possible.

Previous examples of direct audio-visual impersonation scams read like something out of a Hollywood film. One recent case involved Israeli conmen stealing €8m from a businessman by impersonating the French foreign minister over Skype, recreating a fake version of his office, and hiring a makeup expert to disguise them as the minister and his chief of staff.

Biometric security measures such as the voice and facial recognition used in automated KYC procedures for onboarding bank customers may be compromised by deepfakes that can almost perfectly replicate these features of an individual.

If not in an attempt to manipulate markets, deepfakes will also enhance and likely increase extortion attempts against influential business leaders.

Fake videos or audio of business leaders could be generated quickly using deepfakes which ends leveraging existing damaging rumors or fabricating new scenarios. These videos can be used to blackmail by saying that these are real for ransom or posing the identical threat of significant damage to the individual’s reputation.

The authenticity of the defamatory video or photos will become irrelevant in this deepfake extortion. Such videos have the potential to cause catastrophic damage to individual and corporate reputation.

Such deepfakes also have significant potential to enhance market manipulation attacks in addition to scams and direct impersonation. This could involve the precise and targeted publication of a deepfake, such as a video of US President Donald Trump promising to impose or lift tariffs on steel imports, which cause a company’s stock price to plummet.

Another good example of how deepfake market manipulation could play out can be seen with the recent erratic behavior of Paypal co-founder and Tesla CEO Elon Musk.

The public expectation of such volatile behavior from Musk makes him a prime target for deepfakes that depict him acting in a damaging way, further impacting Tesla’s share price and corporate reputation. However, the time required to confidently prove a video or photo is a deepfake may make such rollbacks impossible.

How Can you Protect your Business?

Following are some precautionary measures that every business need to adopt to be on the safe side by deep fakes:

Train Your Employee: Give proper training to your employees to detect real and fake images and videos before using them.

Monitor your business Online: Always check for your business-related videos online to filter out if there is any fake image or clip is present related to your company or representatives.

Be Transparent: Be transparent and have a filter system to hinder any such activity to save your business.

It is essential that the corporate world prepares for the inevitable impact of deepfakes, educating employees about this emerging threat, and integrating media authentication tools into their data pipelines. Failing to do so may lead to irreparable damage to corporate reputation, profits, and market valuation. So deep fakes can cause real damage to businesses if the right steps are not taken on time.