- Identity Theft Frauds - How can you stay a step ahead?
Skip to content 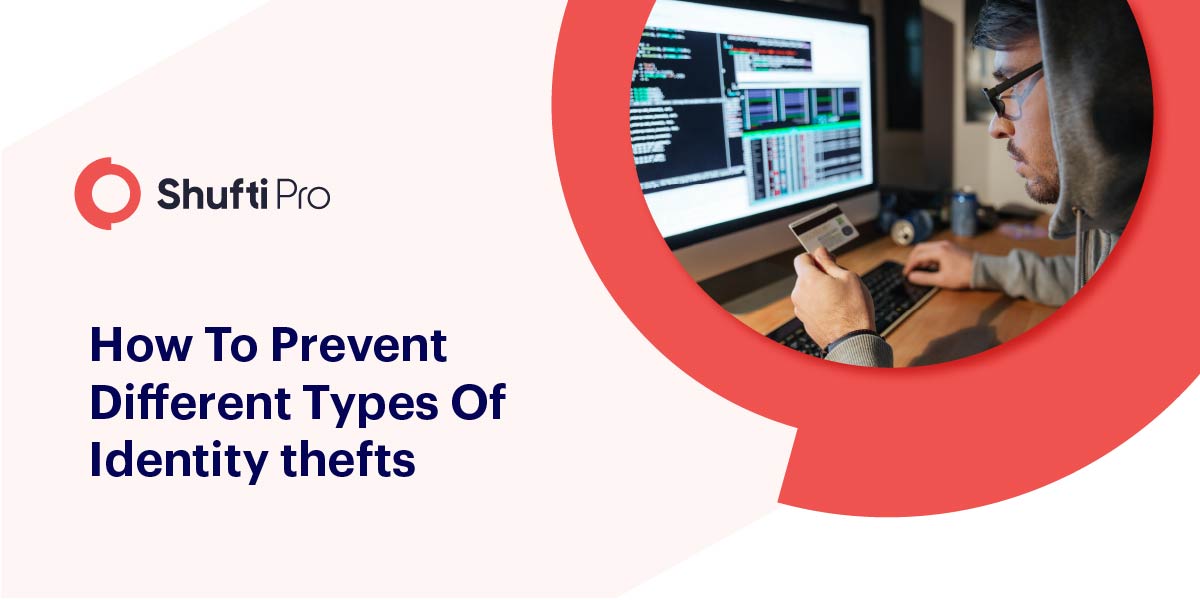 Identity Theft Frauds – How can you stay a step ahead?

Identity theft is ‘a hot potato’ these days. Every day we come across news of online fraud that happened due to identity theft. The technology advancements have made fraudsters more sophisticated in committing identity frauds. In this case, fraudster carries out an online purchase using a different identity. This enables the fraudster to order items online under a false name and using someone else’s credit card.

Identity verification services can mitigate this fraud right from the root, saving your business. We often relate identity theft with account takeover and credit card fraud, but this is not about it only. There are multiple other types of identity theft that are not related to financial industries only, in fact, every organization having an online presence can fall victim to this fraud; the reason being the lack of identity verification systems and advanced security protocols. To deal with such fraud, it is essential to understand them first.

Synthetic identity theft is sometimes also used by criminals to prove or convince someone that they are not the same person but someone else. This mostly happens in the case when the fraudsters try to enter the territory from where they have been blacklisted or restricted. Using the synthetic identities they show themselves as other citizens and easily gain access to the region or service. However, you can never know the intentions of the person using synthetic identity.

According to Javelin’s research, 2017 out of all the reported breaches, 39% of the victims of the fraud were children in comparison to 19% of adults. As per another study, more than 1 million children fall victim to identity theft every year.

With the explosion of technology and smart devices, every child is exposed to the use of the internet and mobiles. This makes them the perfect target for identity thieves. From a practical standpoint, no child pays attention to his/her credit card statement, even most of the teenagers don’t do it unless they are up for getting a car or insurance. Fraudsters take advantage of this and use children’s identities to commit fraud and go on undetected for years. By the time parents and children are aware of identity theft, the criminals have already moved onto other prey leaving a burden of long credit reports.

Healthcare data breaches are rising. A huge data breach named Anthem breach affected about 78.8 million people in 2017 which include not only the patients but employees too. Medical identity theft is one of the most critical forms of identity theft and also quite difficult to fix. The hospitals and pharmacists both can be fooled by the fraudsters and they aren’t able to differentiate between the fake and original patients. The perpetrators pretend to be someone else to get free medical services and get restricted drugs/ medicines from the pharmacy without getting suspicious. The world health organization finds medical identity theft to be the dangerous one claiming “the information crime that can kill you”.

The first thing that comes to mind after hearing “identity theft” is credit card reports and bank accounts. Such type of theft that targets individuals’ financial statements and accounts are known as financial identity theft. With the increased data breaches in the industry, millions of customers’ accounts are compromised every year that results in billions of loss not just for the organizations but for the individuals as well.

The data stolen from these breaches is sold in the black market, where cybercriminals are already set to impersonate an individual and carryout the illegal activities and fraud. The fraudsters can use credit card information to make unauthorized and fraudulent purchases. Sometimes, they can open new accounts using the stolen information of the individuals.

The social security number of the person is the most sacred and critical information that one must not leak under any circumstances. There are multiple people who don’t want to pay taxes and find ways to manipulate tax regulators. Your social security number can be their escape from withholding taxes. The SSN of the person can be the most valuable information for identity thieves since they can register the company or work as independent contractors and can avoid paying taxes by using someone else’s SSN.

How can you Protect Yourself from Identity Theft Frauds?

Identity theft is a growing concern. Cybercriminals are gaining grounds. They are coming up with different and unique ways to get to your privacy. You can always stay a step ahead just by taking some of the preventive measures against these identity theft types. These are:

The intervention of government and regulatory agencies enforcing the businesses to meet the know your customer (KYC), Customer Due Diligence (CDD), Anti-money laundering (AML) compliance. Failure to do so can land them into some serious legal liabilities imposing a hefty fine and even imprisonment.

To deal with fraud and enhancing customer experience while meeting regulatory compliance, it is essential for businesses to adopt the latest identity verification solutions.

The services based on hybrid technology (i.e. artificial intelligence and human intelligence) can verify the identity of a person in real-time and detect the fake and synthetic identities hindering them from accessing the system.

Always keep a tight eye on your financial statements and go through them every now and then. If you find anything suspicious don’t wait for the action first, report it immediately to the respective organization responsible for it.