Internet of Things: B2B IoT Segments about to hit $300 Billion by 2020
Skip to content 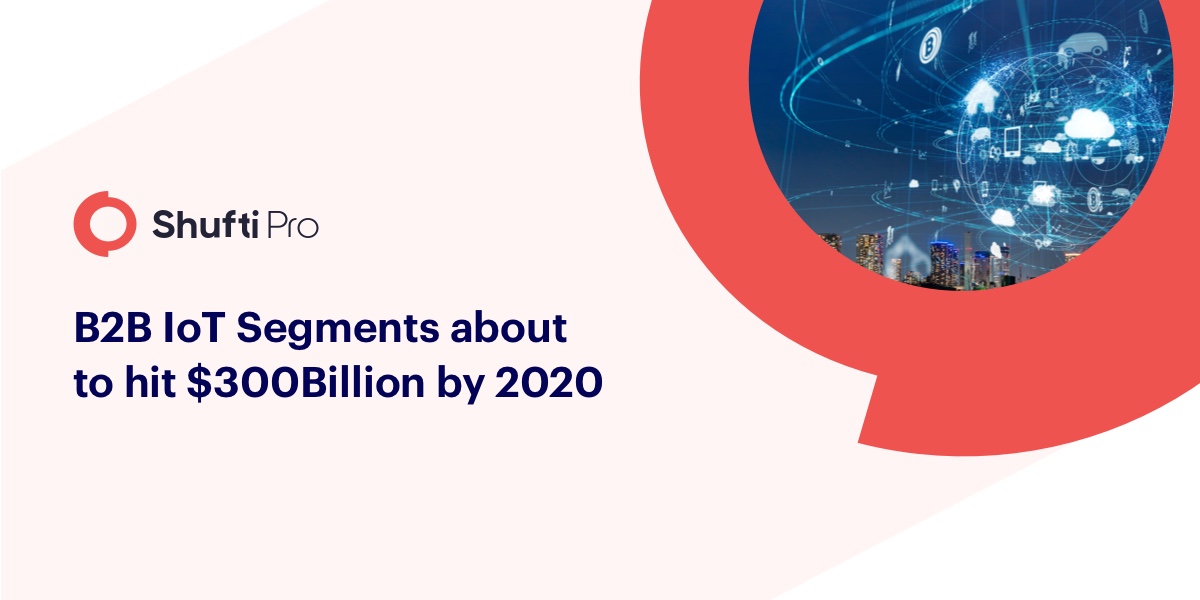 The Internet of Things is growing exponentially with respect to its usage and capabilities. A whole new ecosystem is developed with the adoption of internet-connected devices whose infrastructure varies entirely different from the centralized base, a base to which we were previously used to. A remarkable and fascinating device-connected world has introduced smooth means to exchange massive data through wireless mediums and clouds transfer. IoT transformation in multiple industries has connected the mainframes.

With internet popularity, industrial use-cases are innovating ensuring efficiency and security at the same time. The global IoT market has grown from $157 billion in 2016 to $457 billion by 2020 with the increasing Compound Annual Growth Rate (CAGR) of 28.5%. Statistics show that by 2020 consumer applications will be generating $150 billion and B2B applications will be anticipating revenue of worth twice i.e. around $300 billion.

IoT systems are giving wing to enterprises to potentially increase the use-cases that provide big benefits to the organizations. The ability of IoT devices to collect, monitor, transfer and control the data enables huge efficiencies and cost-effective solutions that can be endorsed at an industrial level for easy task management. With these promising benefits, a hoard of security concerns come along that can be hazardous if overlooked.

IoT devices and their Security

The inclination of IoT devices and their applications have raised several challenges that could be highly effective for the businesses directly or indirectly. The investment decisions in IoT applications are complicated with respect to the fragmentations of industries in subsectors. The use-cases vary which makes it hard for the owners to mold the mission-critical fundamentals with a technology niche accordingly. Still, large firms are investing in IoT platforms.

Secondly, even on a smaller scale, industries are hindered to analyze the struggle and integration requirements. But, here the common point to ponder for both small and large businesses is the security of these IoT devices.

The building momentum of the Internet of Things (IoT) is welcoming the scalability. The connection of IoT with other devices, integrating it with cloud services, sharing data with third parties and suppliers contribute towards the value of the business. The security risks that are associated with the scalability of applications and interfaces should be catered efficiently to avoid the chances of fraud and tampering.

Leading platforms are utilizing this technology to gather customer data using the sensors embedded in IoT devices and aggregate them into the cloud services. This data is then used to run a bunch of smartphone and desktop applications with real-time data that is used in automated broadcasts. For legitimate firms, this data is the next growth driver that opens the doors of business extensibility.

Considering all this discussion, let’s dive into the need for IoT security implementation. The data flowing from one node to another should be protected with controlled data access and stringent security measures. IoT developers can use several verification methods while programming IoT devices. A large number of security attacks are as a result of unauthorized access. To combat the risks of data tampering and data breaches, developers must take into consideration the verification methods in conjunction with several other security measures:

A best practice to secure the IoT devices from data tampering, data alteration in the transit and hacking of devices, is to take added security measures to eliminate the chances of a data breach in any way. A highly sensitive data is more prone to cyberattacks, smart fraud prevention strategies should be taken to avoid data theft.

With technology adoption, the scalability would also be increasing in the future, and yes, malevolent actions are a never-ending story. To compete with these fraudulent activities, IoT devices must ensure verification methods to avoid authorized data access. While enjoying the services of IoT devices, big data analyst platforms need to endorse the security for the elimination of breaches that can be costly for industries.