| “Brexit” Greasing the Wheel of Money Laundering
Skip to content 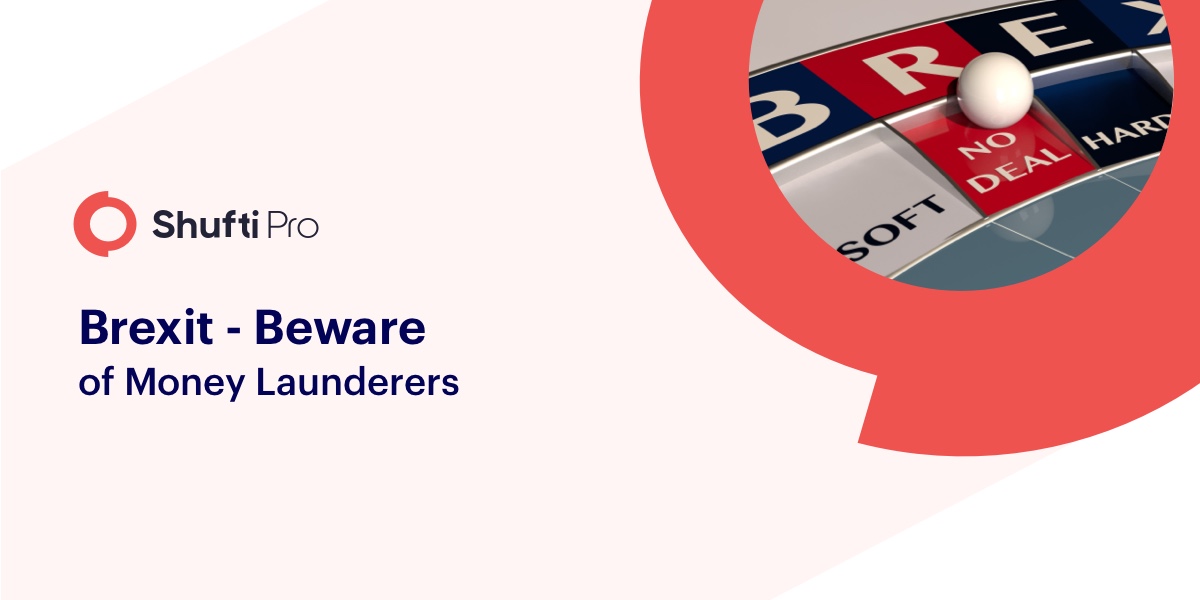 Brexit is in the global news for many years. The reason is that several countries have their stake in it. But the UK will be the one exposed to a huge threat of money laundering. As its regulations regarding Anti Money Laundering are in the pipeline, the businesses in the UK are exposed to money launderers hidden behind shell companies. The predictions infer that UK-based businesses are in dire need of effective AML solutions to mitigate the risk coming from global criminals especially from Russian and Italian mafia.

UK-based businesses and financial institutions are mainly exposed to this risk. The new regulations might transform their AML compliance practices. An increase in shell companies will increase the risk in both B2B and B2C relations.

These predictions are not only based on speculation, but also on the analysis of past incidents. The Guardian revealed a few years back that $20 billion were moved out of Russia during a 4 year period from 2010. Due to cold relationships with Russia, the UK authorities were unable to trace the real culprits behind the huge money laundering incident.

Who is exposed to the risk?

Brexit has attracted international investors to invest in the UK, as well as criminals. The UK banks and B2B companies are exposed to a huge risk of money launderers hidden behind shell companies.

Banks need to pay heed towards their AML protocols. The screening of UBOs (Ultimate Beneficiary owners) is crucial. They need to watch over their individual consumers as well. Because money launderers use layman on the front end to hide their original identity. For example, a 2012 report on an organized criminal group “Ndrangheta” revealed that a Brazillian woman living in the UK was also involved in facilitating money laundering for the Italian mafia.

Businesses are also exposed to risk. The risk comes to the businesses from several sources, clients and merchants are the most vulnerable corners. Merchants might be money launderers or terrorist financiers. The fake merchants manipulate the business proceeds and integrate the black money within. Once those money launderers are caught, their connection with a legitimate business will tarnish the credibility of that business.

On the other hand, the clients are also a huge risk, businesses are bound to exercise Anti Money Laundering compliance on their clients. Due to huge risk, the regulatory authorities will keenly scrutinize the businesses and the chances of huge penalties are high.

Running online identity verification on the merchants and clients will help legitimate businesses to prevent the risk of serving money launderers. Also, it will help to build trustworthy relationships with clients and merchants in the environment of uncertainty.

To wrap up, once the UK leaves the EU the risk for the businesses and financial institutions will increase. They will have to tighten their KYC and AML practices to prevent monetary and credibility loss.