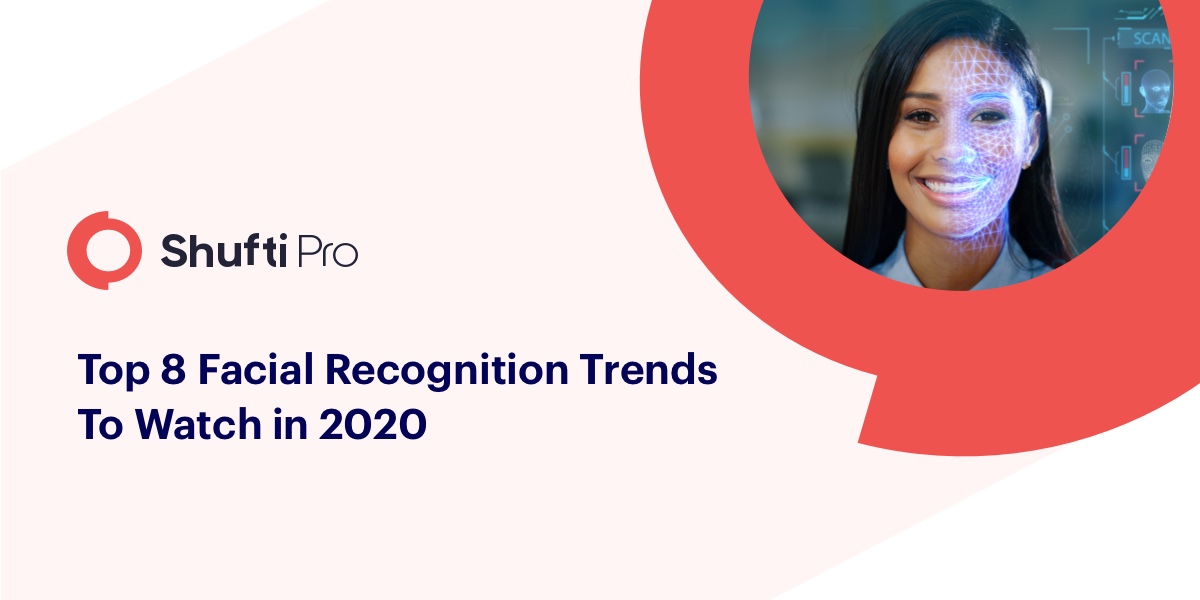 Facial recognition has been gaining prominence in recent times, owing to the benefits it offers over traditional security methods. The facial recognition market was valued at 5.07 USD billion in 2019 and is expected to reach a value of 10.07 billion USD by 2025. Face recognition is one of the most common forms of biometric authentication.

As we enter a new decade, the use of artificial intelligence-powered facial recognition technology is expected to become more commonplace. From day to day tasks such as unlocking smartphones to identity verification in digital banking, our day to day interactions with face authentication software will continue to grow.

Whether it’s helping leading retailers like Amazon to identify the customers or assisting the governments in the airport and border security management to identify potential threats, face verification technology is changing the game across a wide range of sectors. However, the next decade is expected to see a major boom in the face recognition industry.

In this article, we will discover 8 face recognition trends that are set to shape the landscape in 2020 but before that, we will discuss what it is and how it works.

What is Face Recognition?

Facial Recognition is a technology, which is capable of identifying and verifying a person using their face. It captures, analyzes and compares patterns based on a person’s facial features.

Face recognition software uses biometrics to map facial features from a picture or a video. It compares the information from a database of known faces to find a match. A technologically advanced online face authentication system uses a combination of different techniques such as liveness detection, depth mapping, 3D sensing, and texture detection to ensure absolute security.

Now let’s take a deep insight into how we can expect our interactions with face recognition technology to increase as we move into 2020.

In the world of digital services, issues of identity and authentication pose am a threat. It’s not easy to trust someone when they are not physically present. Traditional knowledge-based methods have already been tested and clearly, they aren’t the solution to online protection. Verification methods like passwords and emails are vulnerable to hacking and difficult to memorize.

For foolproof security, something more robust is needed and one of the solutions that experts believe to take over these methods is biometrics using facial features. Needless to say, face recognition technology is becoming commonplace in the online industry and is expected to be implied in digital transactions for fraud mitigation.

Delta airlines have already implemented face authentication technology at Atlanta airport. However, the company has confirmed that by the end of 2020, more than 20 airports will have facial recognition to improve the customer journey. Customers will be able to use their faces to check-in, check their luggage, and board a plane.

Even though concerns were raised on the use of facial recognition for identification at the airport, however, 73% of the customers said that they would feel comfortable using this technology after the single pass through Delta’s curb-to-gate facial recognition system.

Chinese payment systems are already ahead of the rest of the world with secure systems like AliPay and WePay. Face authentication presents retailers with more valuable data and it has the potential to remove shopping cart barriers. Amazon and other big e-commerce companies are expected to roll out their version of facial recognition for payments in 2020.

Forget locking yourself out of a hotel room or having to take your key card everywhere you go. While booking a room, either in person or over the phone, customers will be able to register through their faces. In hotels that use face verification technology, the check-in time is reduced by 40%. Facial recognition technology is expected to be seen everywhere from flight booking to checking in at the resort.

As retail stores look to personalize customer experience for customers, facial recognition is being used to identify individuals and their demographics to present promotions and content tailored to their demographics. This might be a little controversial but this trend is to be seen around 2020.