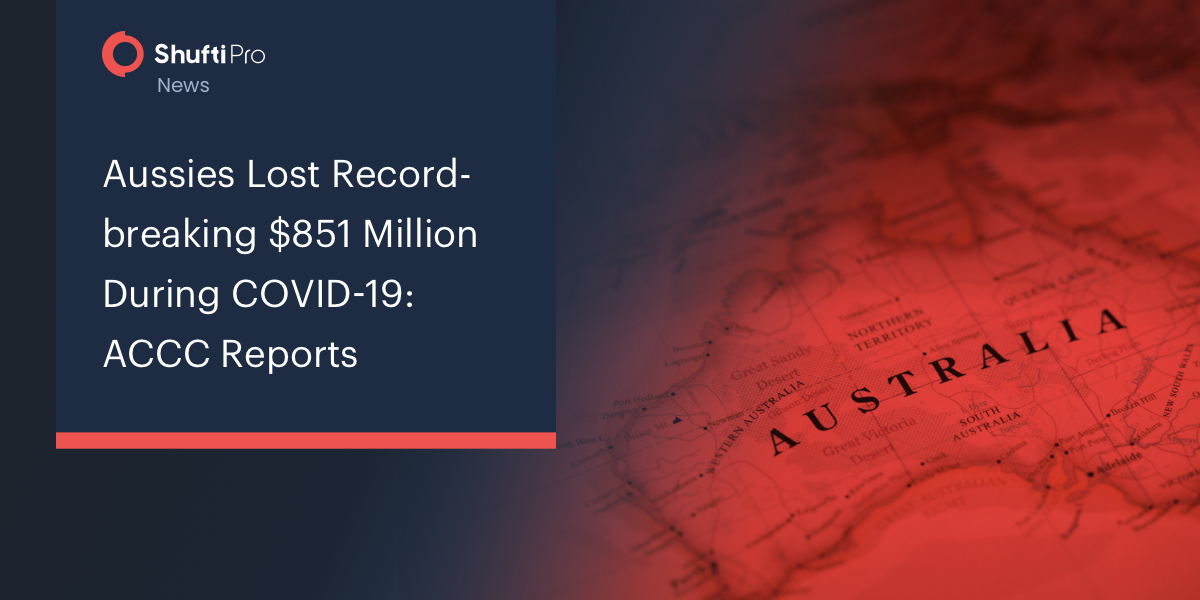 Amid the pandemic, Australians lost a record-breaking amount of $851 million in 2020. According to the recent report by the Australian Competition and Consumer Commission (ACCC), criminals banked on vulnerable victims of COVID-19 to carry out illicit schemes.

The ACCC revealed more than 444,000 scan reports were made to governmental agencies and financial institutions in 2020.

These figures indicated an escalation in personal information theft. This information was then used by criminals to fraudulently access COVID-related benefits, such as early access to old-age pension funds. Other than this, fake bushfire-related charities also emerged as part of the scams.

The report stated that the major driver behind the increase in scam activities in 2020 can be attributed to lowered face-to-face transactions.

While these numbers may seem high, ACCC Deputy Chair Delia Rickard believes that the real losses are worth much more as many incidents go unreported. She added:

Almost 34% of individuals that fell victim to investment scams lost some amount of money, with an average loss amount being $26,713.

The report further states that scammers no longer rely on traditional methods such as fraudulent websites for executing criminal acts. Instead, they are targeting victims through apps, social media, phone, and many other channels.

With the increasing interest in dating apps, it was only a matter of time before romance scams took the industry by storm. The ACCC received reports of losses worth $50 million via cryptocurrencies or charges to phone bills, Neosurf vouchers, and digital payment apps.

Reports related to threats of arrest, deportation, and the payment of “excessive” fees also escalated in 2020.