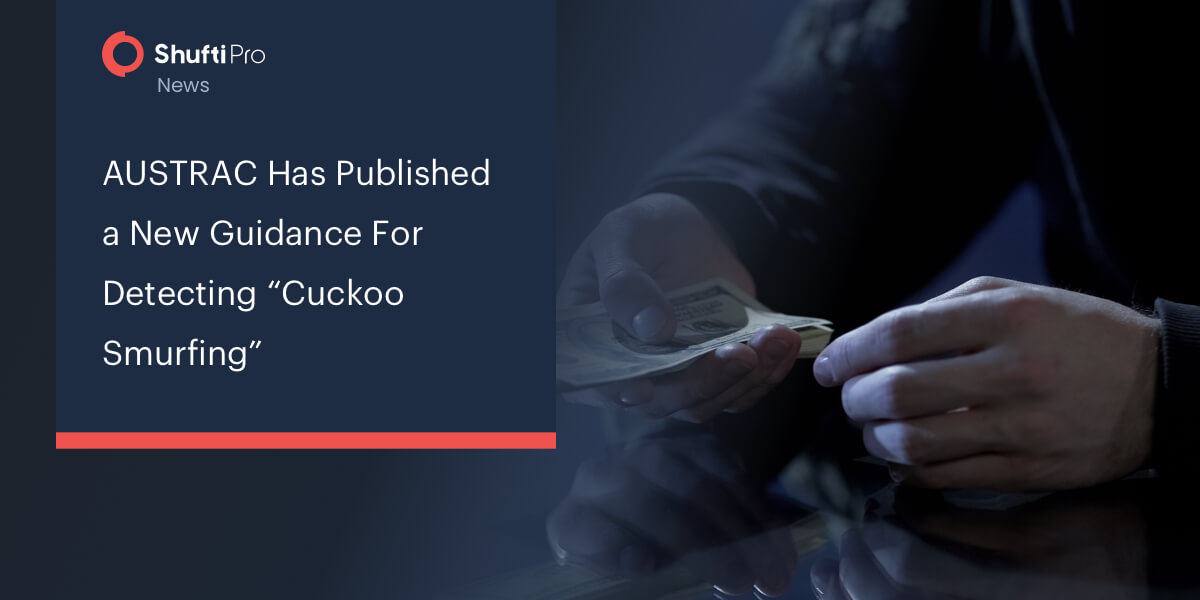 AUSTRAC Has Published a New Guidance For Detecting “Cuckoo Smurfing”

Cuckoo smurfing is a money-laundering tactic through which illicit funds are made to appear legitimate.

This technique depends on the exploitation of customer accounts in banks. Funds from overseas that are due in a customer’s bank account are diverted into the criminal’s account, while illegitimate funds are deposited in the account of the customer to cover the situation.

The name is based on the similarities found between this technique of money laundering and the activities of a cuckoo bird. Cuckoos lay their eggs, that are taken care of by other birds unknowingly.

In the same way, Australian customers are unaware that the funds in their accounts are in fact illegitimate and being mishandled by criminals.

The new financial crime guide has been developed by Fintel Alliance to provide specific indicators for the assistance of remittance service providers as well as banking and non-banking financial institutions.

The following indicators have been pointed out that may suggest cuckoo smurfing:

In case a financial institution identifies these indicators, they are required to find the relationship between the account holder and the depositor.

Where possible, financial institutions have also been directed to engage with overseas counterparts for the identification of the source of the funds.

Additionally, if numerous indicators are observed and suspicion arises, a Suspicious Matter Report (SMR) must be filed to AUSTRAC.

According to the AUSTRAC CEO, Nicole Rose,

“We rely on financial businesses to report to AUSTRAC and partner with enforcement to stop these criminal syndicates and protect members of the Australian community,”