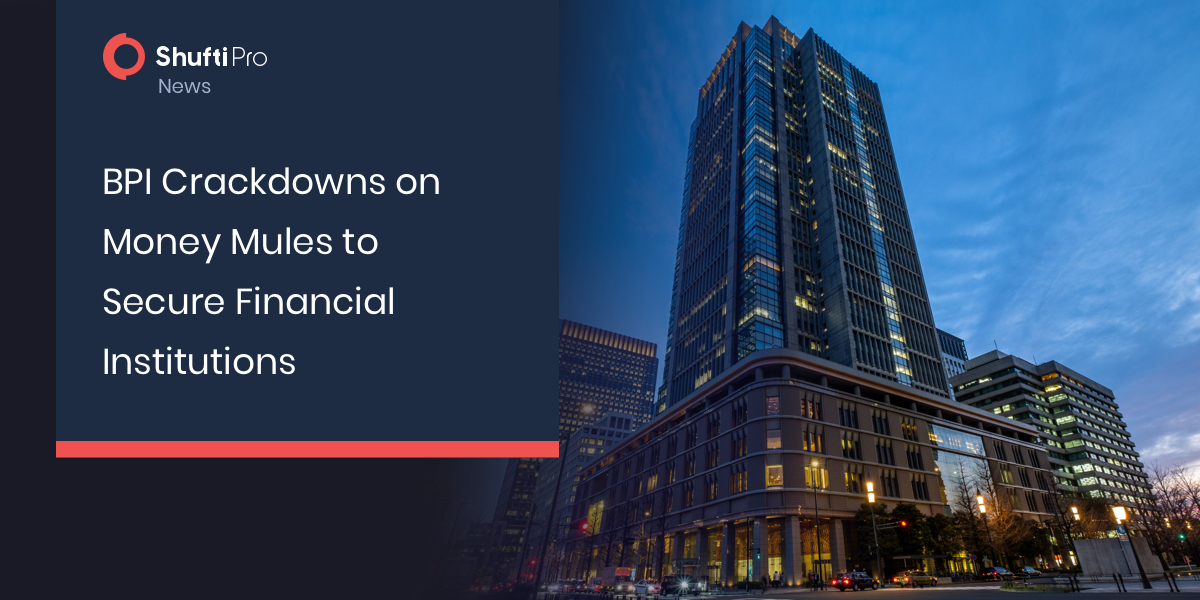 The Bank of Philippine Islands (BPI) was flagged on Wednesday as it was suspected to be involved in an industry-wide proliferation of money mules.

BPI as a precaution advised its customers and the public to be careful regarding the tricks used by money launderers and never share personal or financial details with anyone. This initiative is aimed to decrease the number of money muling activities, which is considered to be a serious offense by law. Money mules operate similar to drug mules, as these entities provide cash washing pipelines instead of drugs. Money mules transfer illegally obtained capital on behalf of third-party entities, allowing money launderers to route money in the national legal financial systems without revealing their identities.

Since the last two years, the number of mule accounts has been significantly increasing, and it is found that the rapid shift towards digital services in the country has driven these activities, said Noel Santiago, BPI’s chief digital officer.

“They are usually used as conduits by criminals so that they can launder big sum[s] of money acquired from crimes like online scams, human trafficking, drug trafficking, among others,” Santiago said.

However, money muling is labeled illegal under the Anti-Money Laundering Act, 2001. The individuals found guilty may face imprisonment, sanctions, and account closure.

“As in any transition, the criminal minds find ways and means to see where the opportunities are. In the past, to open an account, clients were required to go to the branch and present themselves and their IDs — so there’s a natural deterrent for anybody who has an intent to commit a crime or intent for fraud,” Santiago said.

“In the last couple of years, as we shifted to a more digital lifestyle, we made it more convenient for legitimate clients to be onboarded, to be accepted in the financial industry. Now, this is where those criminal minds saw an opportunity and said, ‘Maybe I can create digital accounts that can be used as a mule account,’” he added.

Money launderers also hire individuals with existing bank accounts in exchange for cash or commissions. However, such schemes were advertised on social media platforms to scam people.

“As an example of how these fraudsters do it, they approach unsuspecting victims and borrow their account for the purpose of receiving a remittance from someone. They make the story and the delivery so compelling and attractive. Some accounts are being sold for thousands of pesos for usage. They use social media to advertise and sad to say, some people fall victim to this,” he said.

The Bank of Philippine Island ensured that it had been working with the Bankers Associations of the Philippines to improve the national cybercrime law. According to Santiago, making mobile number registration would be a great initiative to detect and eliminate money mules.

“We have capabilities to keep track of [a] significant amount, frequency, velocity, and even being able to ascertain through artificial intelligence the possible destination before it gets out of the bank. This is among the many tools and efforts that we have. But we also trust that the legislative branch will expedite the amendment and enactment of policies to protect more Filipinos not only from falling prey to the money mule scam but also from cybercriminals in general,” he said.