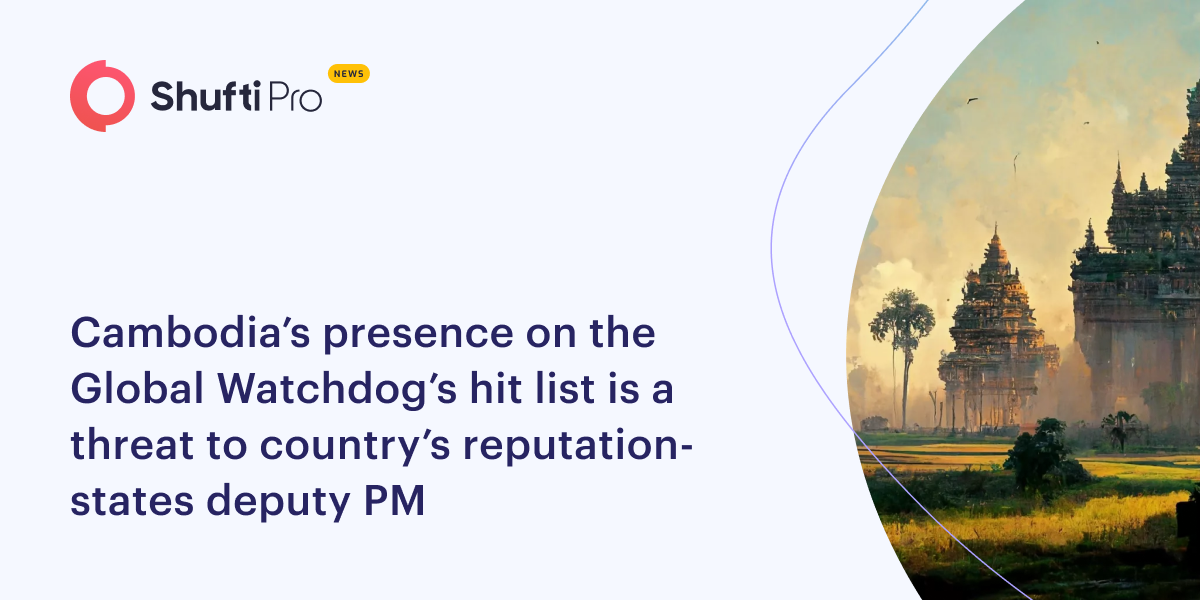 Due to the enhanced ratio of financial crimes and human trafficking in Cambodia, the deputy prime minister shows concerns regarding the country’s international reputation.

Cambodia continues its presence on FATF’s grey list over money laundering and human trafficking issues. According to Deputy Prime Minister Sar Kheng, it’s a matter of the country’s international reputation as Cambodia is continually on a hitlist of the Financial Action Task Force.

According to The Khmer Times’ reported comments, the Deputy PM admitted that there is no denial of Cambodia’s rating in financial crimes and human trafficking. He discussed the need for sturdy measures to address this issue.

“There are two problems of ours today for the image of [Cambodia],” he said. “Not supporting the assessment, but we also cannot deny.”

In recent months, human trafficking has been considered a significant problem in Cambodia and has become a national headline. Several cases of tricking individuals into accepting jobs in Cambodia have been reported. Many are linked to some of the multiple casinos located in different places, like Sihanoukville and the border in Bavet, Poipet, and others.

Sar called for extra support from government ministries to sort out this issue. He said, “Two weeks ago, Cambodian authorities arrested more than 30 Chinese nationals traveling by boat from China via Vietnam to Kampong Som, Sihanoukville, without any documents.”

According to a report by Inside Asian Gaming, an incident in Golden Phoenix Entertainment Casino in Koh Thom happened last month. The culprit group of approximately 40 foreign casino workers broke the fence, and later on, they swam across the Vietnam River. These workers claimed they ran away from the casino because of slave labor conditions.

Authorities of Macau and Hong Kong also issued a public warning when the cases got uncovered regarding the residents enticed by a promise of high-paying casino jobs in Southeast Asia.

FATF maintained the position of Cambodia on the ‘grey list. After that, comments of the Deputy PM came on the issue while the US added Cambodia, Brunei, and Vietnam to its Trafficking in Persons (TIP) report. Most probably, it will charge them heavy penalties and sanctions.