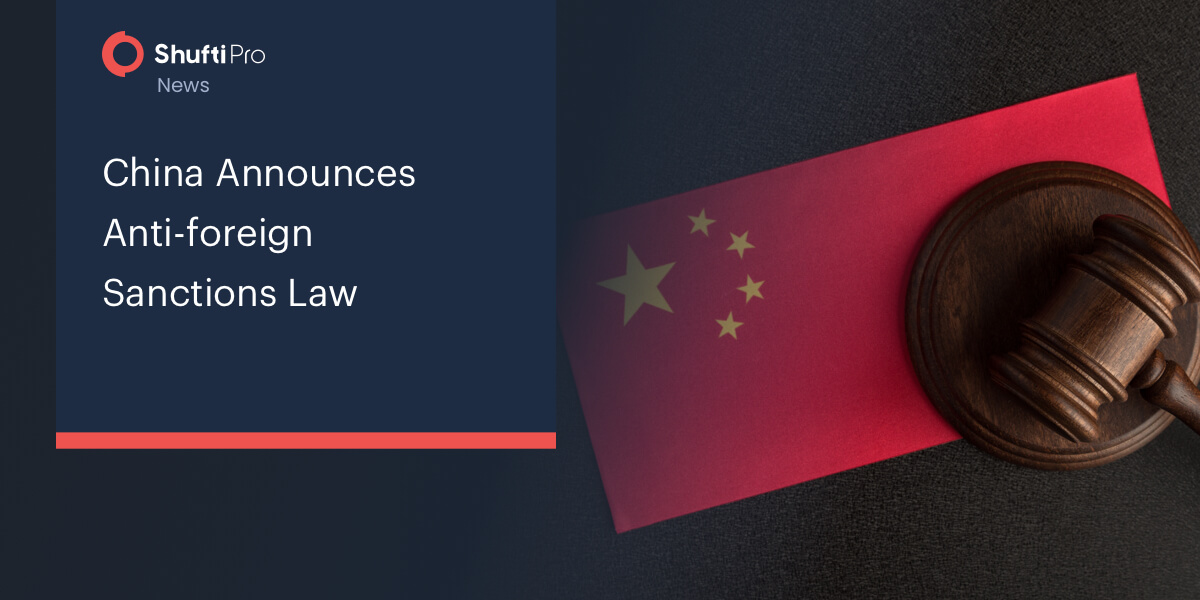 Under the new law, China has introduced countermeasures against senior managers and actual controllers of firms included in the anti-sanctions list, as well as their family members.

Beijing – Within the last three years, the EU and US imposed several sanctions on Chinese companies and officials. To strike back, China has now created a new legal toolkit.

Organizations that have offices in both China and the US may have to face a tough choice – Those that comply with the American sanctions on China will be subjected to sanctions in China as a penalty for doing so.

On Thursday, Beijing introduced the law designed to serve as a strict reply to US and EU imposed sanctions. Those that comply with the restrictions, as well as their families, will be denied visas to China. Not only this, but their property in China will be seized and any transaction they perform with a Chinese company can be blocked.

“This law is like the ringing of a gong. It is a warning to the U.S.: You should be worried. China will not endure this treatment as easily as it once did.”

At the moment, it is not clear how often and how rigorously China will impose its new anti-foreign sanctions legislation. This ambiguity has created a ruckus within the Chinese business community, which must develop China-specific standards and operations separate from their global operations, as China introduces its own legal landscape.

On the surface, the new anti-foreign sanction law simply lays down the number of countermeasures that Beijing has already taken in response to Western sanctions. It appears to merely target foreign politicians that pass sanctions on China in their own countries.

However, the ambiguity of the law is highly indicative of geopolitical crosshairs, as feared by the foreign business community. It has become particularly troublesome as the decisions related to sanction entities — such as companies, their employees, and their families — are final. There is no possibility to appeal.