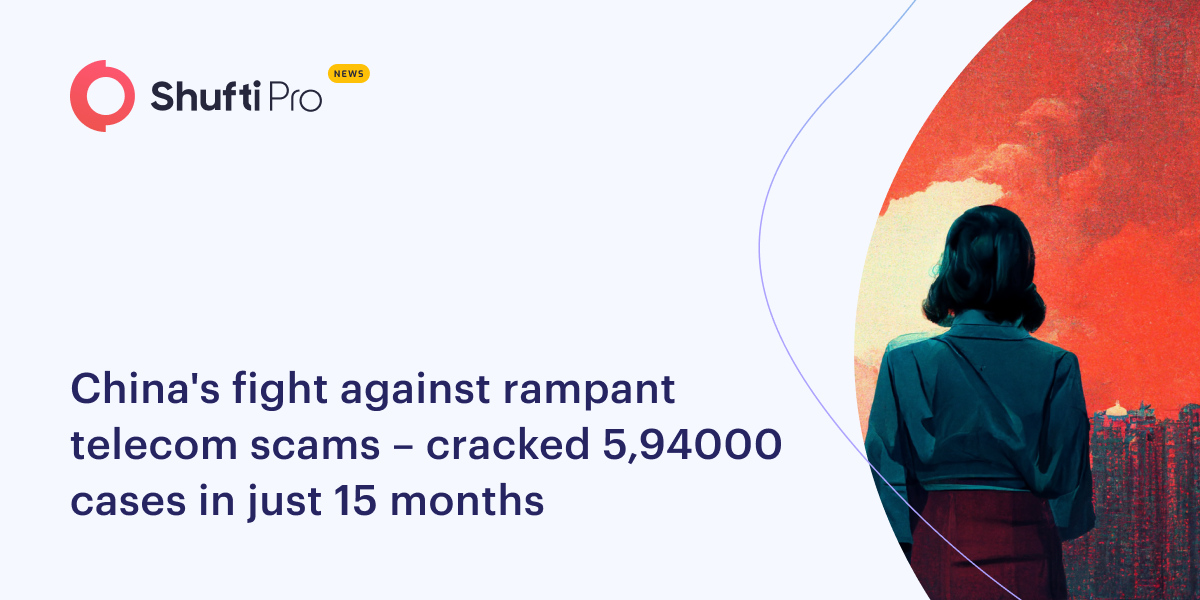 China is tackling several online scammers who entice people to invest in seemingly legitimate products, resulting in the loss of life-savings. The country handled 594,000 cases of telecom and internet fraud, as reported by Nikkei Asia. According to the report, authorities stopped the transfer of 1.5 million people from 329.1 billion yuan to fraudsters.

These scammers make a link with victims through online chats and other means of communication. The targets start trusting these scammers, who are strangers to them, and transfer their life savings. Later they find out it’s a computer or cellphone scam that has looted them.

Earlier this month, regulators passed a law to fight against such rampant online and telecom scams. The new law enforces agencies the power to follow suspects abroad. It also orders financial firms and telecom companies to help hunt down fraudsters.

According to the law, “Overseas organizations or individuals who conduct telecommunication network fraud activities … may be dealt with and held accountable in accordance with the relevant provisions of this law.”

The scams have been designed to fool credulous people to persuade them to transfer their money. Moreover, the fraud includes reselling personal information, human smuggling, and other criminal activities.

An underground group of criminals collects personal data, including addresses from businesses and ID numbers. Afterward, it sells the information to scammers and advertisers. Scammers interrupt telecom signals and alter their caller IDs so that targets believe they receive calls from official numbers. They also send messages masked as telecom and bank notices to thousands of users. For this purpose, they use bulk messaging software to send texts to numerous people at a time.

According to the agencies, “Telecom and internet fraud crimes seriously impact the people’s legal interests, destroy social harmony and stability, and must be resolutely punished under law.”

According to Fu Liang, a telecom industry analyst, scammers use such technology that makes it harder to track them. Over the past few years, groups of fraudsters also used custom-made apps to make people believe that they are logging on to legal investment platforms.