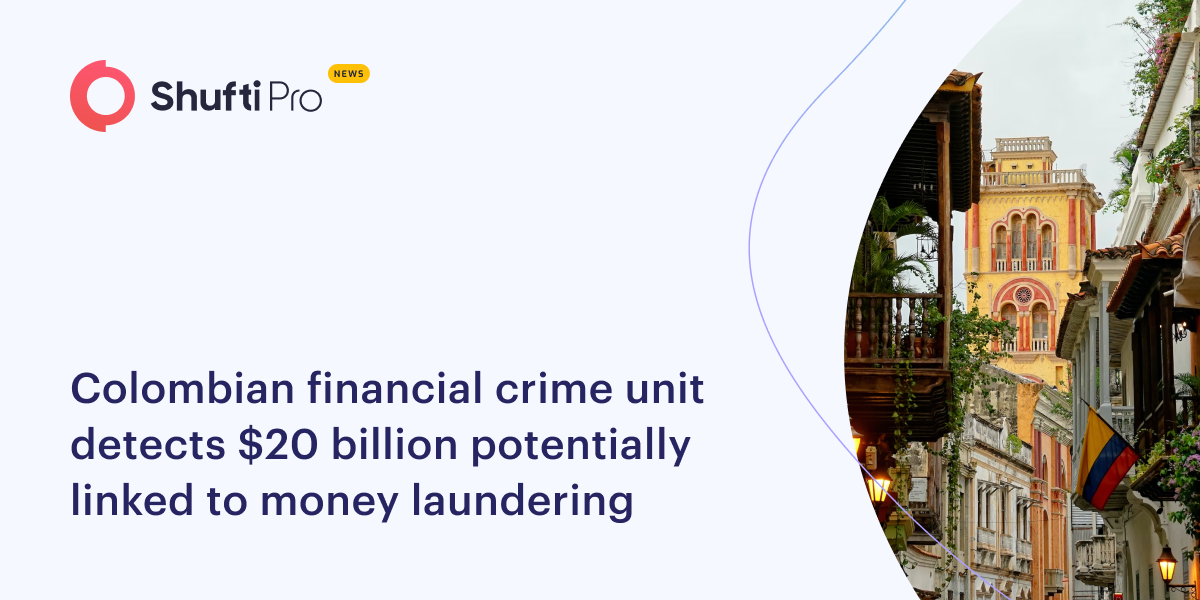 The director of Colombia’s financial crimes unit reported that during the past three and a half years, the agency has identified $20 billion in financial operations that may have been involved in money laundering. The amount represents more than 6% of Colombia’s annual gross domestic product.

When money obtained from unlawful operations like drug trafficking is invested in front of companies that integrate illegal money into the legal financial system, money laundering takes place.

The Financial Information and Analysis Unit identified more than 20,000 suspicious activity reports annually, which led to the discovery of the assets (UIAF).

According to UIAF director Javier Gutierrez, “in the last few years, we’ve hit the accelerator and the learning curve in terms of interception of illegal cash.” He added that $20 billion was discovered between 2019 and mid-2022.

Money laundering is estimated to account for between $800 billion and $2 trillion yearly in global GDP, according to the United Nations Office on Drugs and Crime, despite the fact that it is difficult to track. When front companies offer goods and services at deceptively low costs, laundering can lead to inflation and unfair competition.

According to Gutierrez, the UIAf has discovered 570 different ways that money might be laundered, including exports, currency trading, fraudulent or inflated invoices, and crypto-currencies. The criminal code of Colombia lists 66 offences related to money laundering, including people smuggling, customs fraud, and trafficking in drugs and weapons.

The Andean country is a top producer of cocaine and home to rebel groups and criminal gangs which are suspected to be involved in drug trafficking and illegal mining. “In importance, drug trafficking is the one that generates the most resources and corruption is second for the harm it does to public investment and social programs,” said Gutierrez.

“Being detected matters very little to criminals, it matters much more to be captured, but what hurts them most is the chance resources will be taken away,” said Gutierrez. “If you bankrupt them economically it is much harder for them to be resilient.”