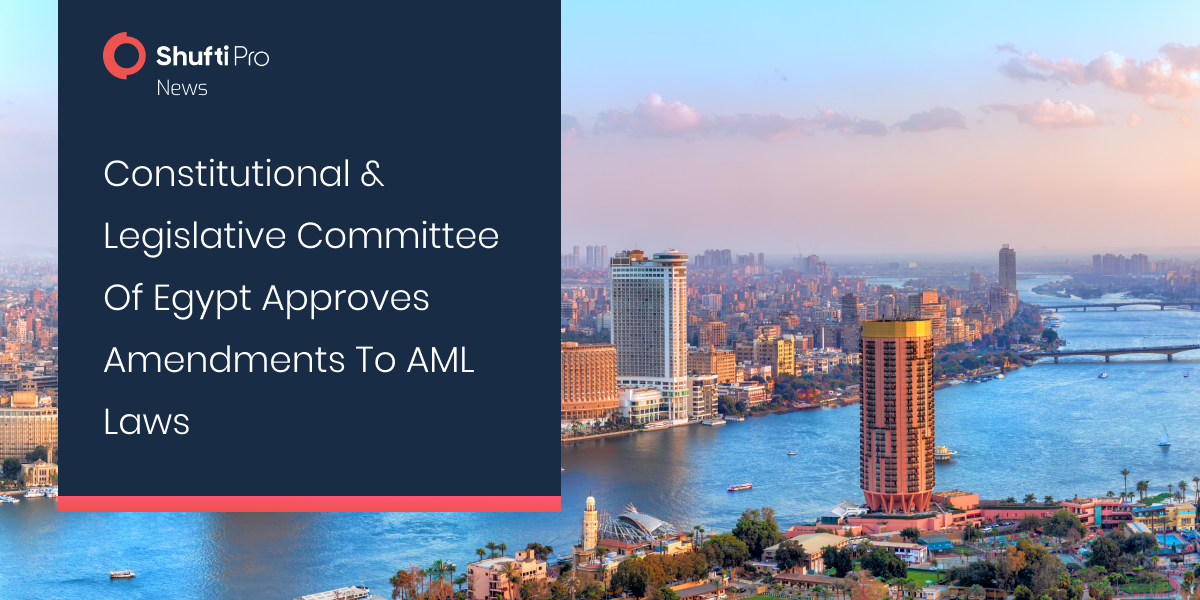 Clearance was given by the Constitutional and Legislative Affairs Committee of the Egyptian House of Representatives regarding the government crafted bill promulgated by Law No.80 of 2002 for amending the Anti-Money Laundering (AML) laws.

The draft approved on April 20, 2022, by the government will be prepared into a report by the Committee for presenting it in front of the parliament members in the plenary session.

A separate unit is advised to be established in the Central Bank of Egpyt (CBE) as per the new amendments which will help in preventing money laundering and terrorist financing.

The unit will comprise a board of trustees who will be headed by an experienced judicial expert consisting with more than 15 years of expertise in the Court of Appeal. Furthermore, it shall also constitute the Attorney General and his representative, the Deputy Governor of the Central Bank, the Vice Chairman of the Financial Supervisory Authority, and the Chairman of the Council of Ministers Advisers.

In addition to this, it shall also include a spokesperson of the Federation of Egyptian Banks and appointed by the Federation, a specialist in economic affairs to be selected by the Prime Minister, and the Executive Director of the Anti-Money Laundering Unit.

According to the new regulations, financial as well as non-financial businesses and any other natural or legal entity should enforce the mechanisms issued by the unit, regarding the implementation of international agreements and treaties related to the terrorist financing along with the funding of the proliferation of weapons used for mass destruction.

Anyone who is found violating any of these provisions terms will be punished by imprisonment for a period of less than one year. Fines can also be imposed ranging from 100,000 EGP and 300,000 EGP.

Law enforcement and investigative administrations shall operate parallel financial investigations either by themselves or by taking the help of qualified authorities to specify the source of the offences related to money laundering and terrorist financing.