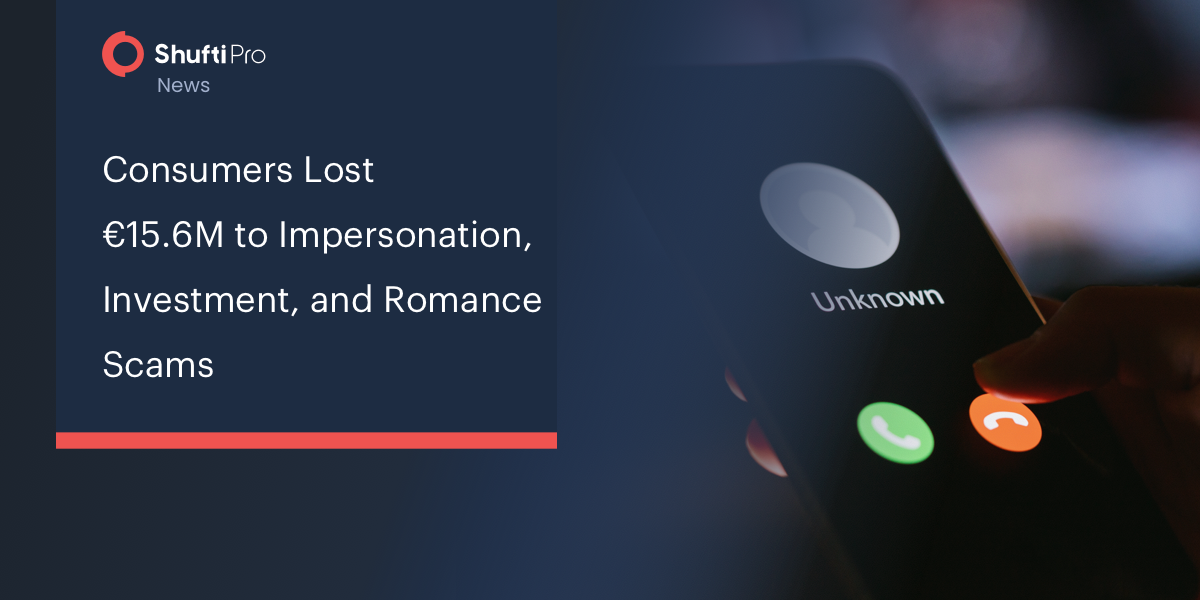 Approximately 70% of Irish consumers have been targeted by some form of identity scam, according to the latest report by BPFI.

The Banking and Payments Federation Ireland (BPFI) has released a report that states a total of €15.6m has been lost by the victims of scams, particularly impersonation, investment, and romance scams. The data reveals that on average, scam victims are being conned out of €5,300.

This reveals a sharp rise in scams that occurred amidst the pandemic, with a jump of 80% reported in 2020.

In the 12 months leading to July 2021, approximately 70% of consumers had been targeted by some form of identity scam. These scams often take place through a text, phone call, or email sent to the victim that appears to be from a trusted organization.

Nearly half of such scams involved criminals that pretended to be a government department or agency, including the Revenue Commissioners and An Garda Síochána.

BPFI further added that the surge in e-commerce makes the industry a lucrative target for criminals, as one in five criminals reportedly impersonated delivery companies, while over a third claimed to be from a bank.

The victims were primarily targeted through a combination of techniques in a bid to appear legitimate. Communication channels commonly used for scams included a mixture of emails, cold calls, follow-on calls, voice messages, and text messages.

Among all, phone calls remained the most common medium used by scammers. 72% of victims were contacted by phone – a value twice as high as were contacted via email. On the other hand, 32% reported being contacted through text messages.

Many of us have received scam messages and phone calls from criminals intent on robbery and theft. We must all be aware of the threat of cybercrime. Our new campaign with @gardainfo will provide information on how to remain vigilant. @DeptJusticeIRL pic.twitter.com/5MCUg3mki9

An EU survey issued earlier this year stated that Irish people are the second most targeted citizens of phone call scams. Adding to the publication of the BPFI’s report, Brian Hayes, Chief Executive of BPFI stated:

“We are urging all consumers to be wary of answering or returning calls or responding to texts from unknown numbers. Always double check before clicking links or attachments in random or unexpected emails or texts and never give away security details such as PINs or passwords to anyone”.

Suggested Read:  5 reasons why passwords are no more safe – What’s next?