Corrupt Countries Tend to Have a Higher Number of Crypto Users, Says IMF
Skip to content 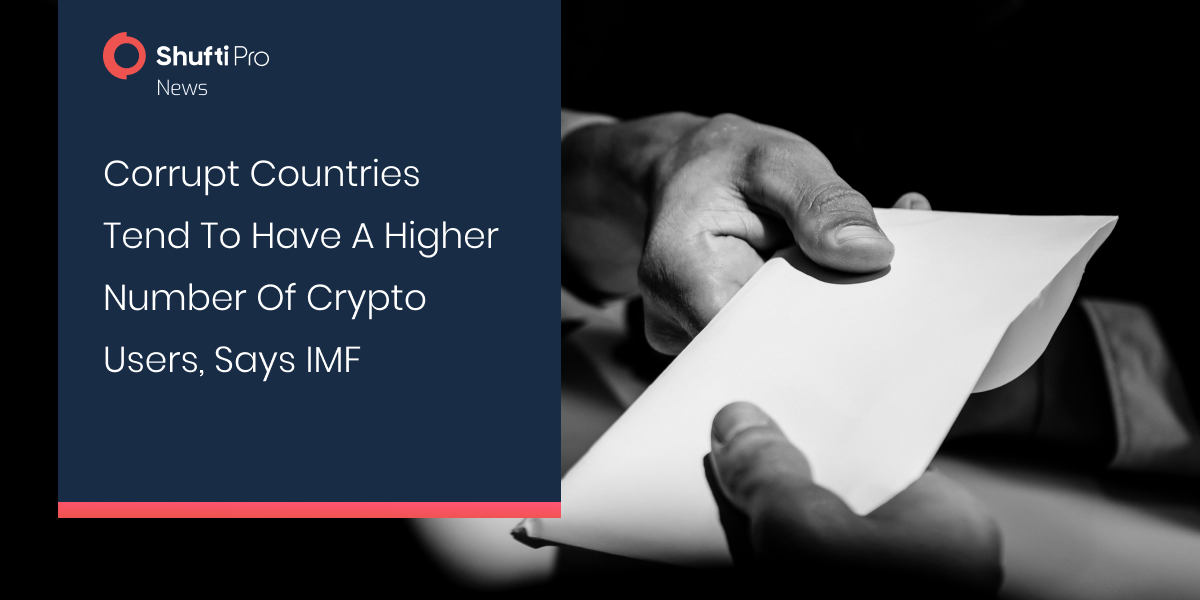 Corrupt Countries Tend to Have a Higher Number of Crypto Users, Says IMF

A recent International Monetary Fund (IMF) study shows that counties that have more corruption have more users of cryptocurrencies and more money laundering.

The IMF study surveyed thousands of users in 55 countries and concluded that countries that have strong capital controls for money transfers have more crypto users.

The authority has also concluded that crypto-assets are more likely used for money laundering, which makes a stronger case for international regulation of cryptocurrencies. For instance, Know Your Customer (KYC) regulations that oblige financial institutions to identify their customers must be applicable to crypto exchanges as well.

Financial regulators and elected officials argue that crypto-based crime has become a global issue after the Russian invasion of Ukraine. It is assumed that many Russian oligarchs that have close ties to President Vladimir Putin may turn to crypto to circumvent their illegally-obtained wealth.

Highlighting a warning from the Treasury Department’s Financial Crimes Enforcement Network (FinCEN) that oligarchs “may attempt to use crypto and anonymizing tools to evade U.S. sanctions and protect their assets around the globe,” Sen. Elizabeth Warren (D-Mass.), a frequent crypto critic, announced legislation to do just that at a March 17 Senate Banking Committee hearing.

While the senator got a lot of pushback from a variety of experts who said it was neither practical nor, in many cases, possible to hide the billion-dollar sums they’d be moving, Warren’s core point is one that was a big topic of debate before the Russia-Ukraine war.

That being said, it was found that in highly corrupt countries, it is not just the superwealthy, but those with mid-level power, who collect bribes, misdirect funds and cheat on taxes. This is why funds in the sub-million-dollar range are also much easier to obscure.

As the senator’s critics pointed out, highly corrupt countries with strong capital controls — those with criminals in power and strict regulatory control — are almost by definition more prone to crypto-crime.