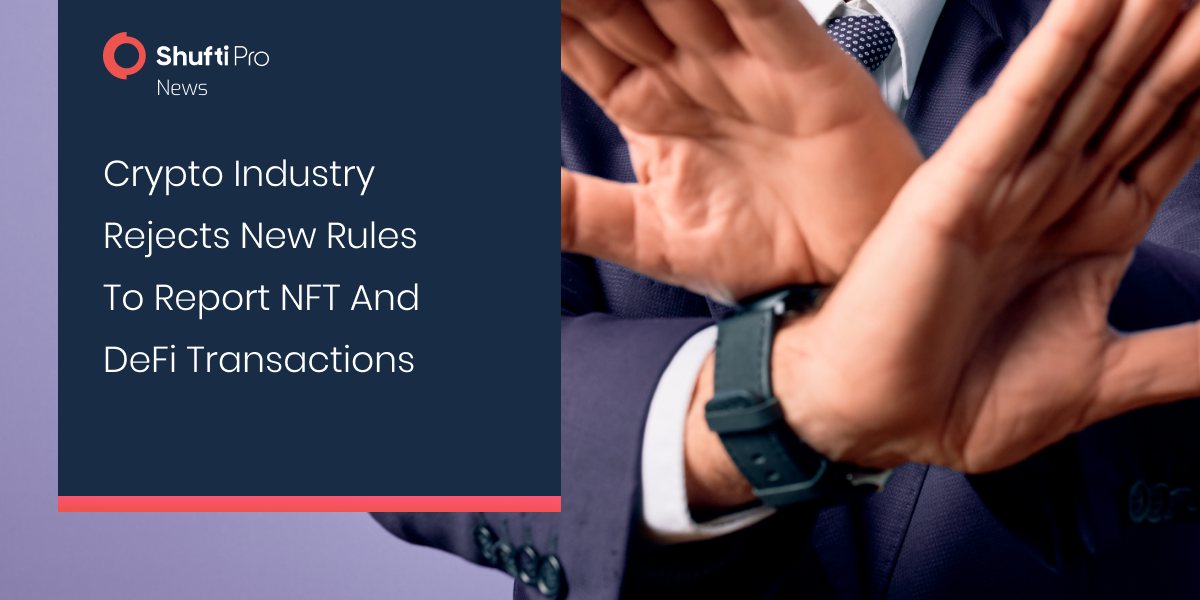 The representatives of the Crypto industry have disapproved of reporting data about NFTs, DeFi transactions and retail payments at the recent OECD meeting.

The meeting organised in Paris on Monday by the Organisation for Economic Co-operation and Development (OECD) unveiled that the crypto industry representatives have rejected the attempts to make reports about the non-fungible tokens (NFTs), decentralized finance (DeFi) and retail payments to tax officials.

International tax authorities want to implement new rules in the existing financial sectors to deploy the foreign bitcoin (BTC) holdings to prevent them from hiding from revenue services.

According to the Common Reporting Standard (CRS), banks need to identify any account holders as per the existing rules who are tax residents in foreign countries and acquire details regarding them to ensure that they are not evading tax.

The industry has contradicted this statement as these requirements are a lot harder to fulfil as mostly NFTs price is not entirely known at a given time. Non-digital assets such as paintings are included in these current rules.

Speaking on the behalf of the lobby group the Chamber of Digital Commerce. a partner at law firm Steptoe & Johnson, Lisa Zarlenga said that only those crypto assets should be considered that are “actively traded on an established market.”

Zarlenga further stated that this may constitute determining whether the prices are accessible and published or not and would ultimately expose anything traded on a major exchange.

Exceeding further in dealing with the traditional banking assets could be a breach of the “technology neutrality” principle since it deals with digital assets more strictly, as made evident by Zarlenga “Just because they’re digital doesn’t mean they should be included.”

The OECD’s Philip Kerfs claimed, “A number of delegates found it a very difficult criterion to apply in practice for binary reporting”. Moreover, OECD thinks that merely applying existing anti-money laundering (AML) laws would put wallet providers in an impossible situation of whether or not to report a transaction.