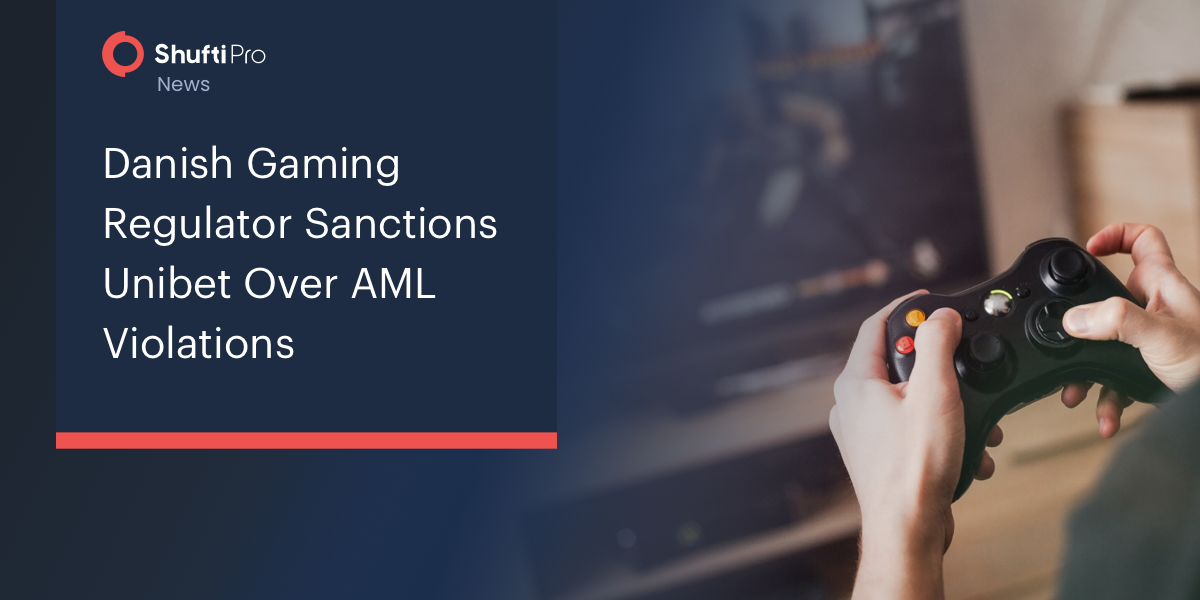 Spillemyndigheden, the Danish Gaming Regulatory Authority has sanctioned Unibet for failing to comply with AML and CDD regulations.

The Danish Gambling Authority (DAA) has taken action against Unibet Limited for breaching section 25(1) of the Anti-Money Laundering (AML) Act and sections 10(1), 11(1)(4), and 17(1) of Customer Due Diligence (CDD) rule. Unibet was sanctioned as it allowed a player to deposit DKK 1.4 million to his account between December 2016 and December 2018 without gathering information and verifying the source of income.

“This took place despite the fact that Unibet had noted in March 2015 that the player – who at the time was inactive – must be monitored if he became active again,” Spillemyndigheden explained.

In addition to this, the gaming watchdog has ordered Unibet to notify the Money Laundering Secretariat to correct an existing breach of the obligation to notify of section 26(1) of AML Act. However, Unibet has been given a deadline of two weeks to generate report.

Therefore, Unibet requested the alleged player to submit proper documents for the source of income in December 2018. Thereby, the gathered information proved that regulatory charges are valid.

Despite all the allegations, Unibet allowed the player to deposit DKK 1.8 million into account in 2019 as well until the account was frozen in April 2020.

Spillemyndigheden continued, “The order on the notification is given because Unibet in the same case has omitted to notify the Money Laundering Secretariat, although they already in 2015 had a suspicion which was never dismissed. Since Unibet has not yet notified the Money Laundering Secretariat, the breach still exists and consequently, Unibet has received an order to correct the situation by making a report.”

Ensuring gaming operators comply with AML compliance has been the viable objective of the Danish Gaming Authority in recent months. According to the terms of the Danish 2018 Gambling Act,  all licensed betting service providers are required to report suspicious financial transactions to the Money Laundering Secretariat and Financial Investigation Unit (FIU) having the aim of protecting financial networks from criminal activists.