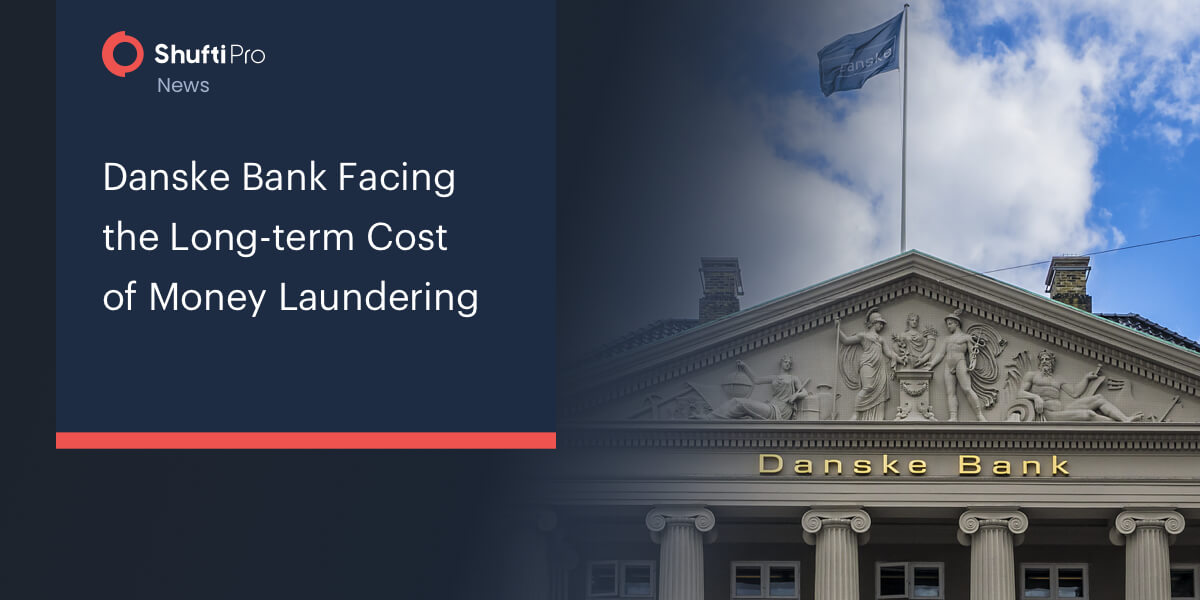 Danske Bank is still facing the consequences of its involvement in the €200 billion worth of money laundering scandal that occurred three years ago.

Danske bank, which was once regarded as the Nordic region’s most esteemed companies, has yet to fully bounce back from its money laundering scandal, which has made it a prime target for investigations in the US and EU. While corporations and business entities have moved past the scandal, the Danske bank is still suffering from the customers end due to reputational damage.

“In the Danish retail business, we do continue to see customer outflows and falling market shares. That is clearly one of my, and our, top priority points, to turn that around.” According to Bloomberg, the bank doesn’t publish a quarterly breakdown of customer flows.

This case is a clear example of the consequences that can be faced by companies for having inadequate Anti-Money Laundering (AML) controls and measures in place. Ever since the bank revealed that it failed to screen $235 billion in non-resident cash that flowed through its Estonian branch, it has become the worst performing bank stock in the entire Nordic region.

Apart from the diminishing market value and reputational damage, Danske bank is also facing other probes. It was caught overcharging low-income borrowers and also failed to properly advise retail investors that they faced losses. This, in return, has led to police charges and massive fines.

The bank’s CEO, as well as ex CEOs, are also facing lawsuits. Philip Richards, a senior bank analyst at Bloomberg Intelligence in London, said that “regulators are now all over Danske’s operations, checking everything, challenging everything.”

This means that the bank has “been forced to pull back from overseas operations, but also retrench in certain trading activities et cetera, where the regulator may deem Danske is taking too much risk,” he said.