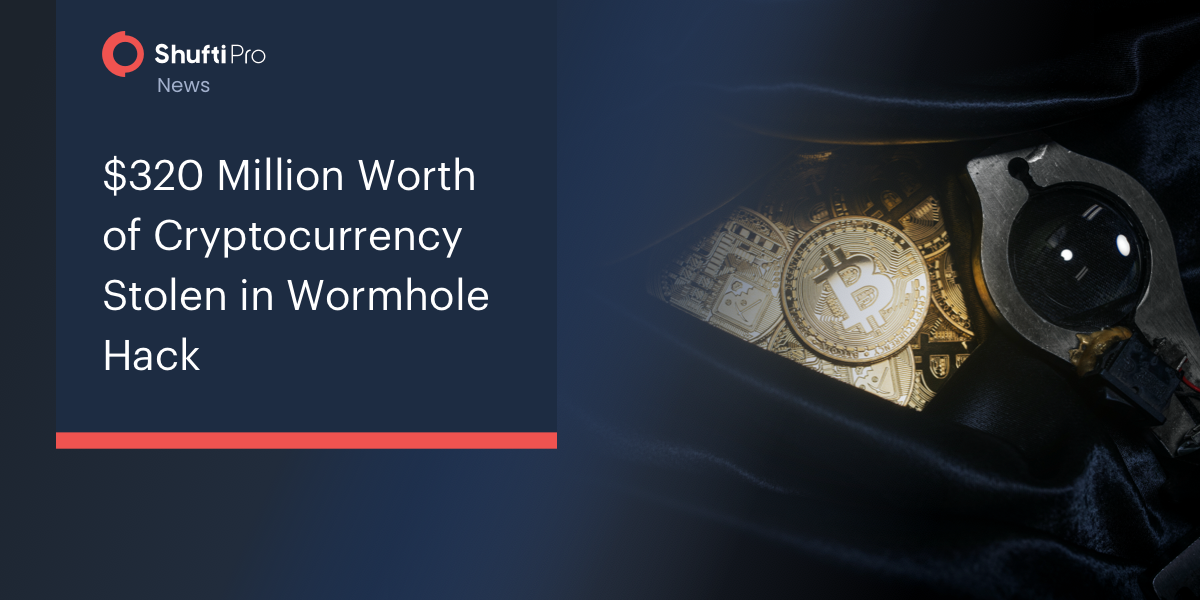 $320 Million Worth of Cryptocurrency Stolen in Wormhole Hack

A recent hack on one of the most popular blockchain bridges linking Ethereum and Solana led to the theft of $320 million worth of cryptocurrency.

Wormhole is the bridge that links two of the popular blockchains in the world of decentralized finance (DeFi), where lawyers are replaced by programmable smart contracts for transactions and dealings of non-fungible tokens.

On Feb 2, 2022, a hack targeting Wormhole led to the theft of cryptocurrencies worth more than $320 million. To date, this is the second largest “exploit” of this kind.

However, the next day, Wormhole claimed that “all funds have been restored,” and that all services were back online and working well. Wormhole also stated that it is preparing a detailed incident report.

According to reports, Wormhole offered a “bug bounty” to the hackers to get access to the details of the “exploit” and the lost cryptocurrency. Certus One, the developers of Wormhole, offered $10 million for the details and the stolen cryptocurrency.

Only some of the crypto users make use of just one blockchain, which makes bridges such as Wormhole significant intermediaries. These bridges enable users to shift crypto holdings between chains.

In August 2021, the biggest theft of cryptocurrency targeted a platform named Poly Network (which is another major name in DeFi) and resulted in the loss of $600 million worth of tokens.

This $320 million theft is the largest that affected Solana, an upcoming rival to Ethereum in the fields of DeFi and NFTs.

“The $320 million hack on Wormhole Bridge highlights the growing trend of attacks against blockchains protocols,” CertiK co-founder Ronghui Gu told CNBC. “This attack is sounding the alarms of growing concern around security on the blockchain,” he added.