$8.6bn Lost to Cryptocurrency-based Money Laundering in 2021
Skip to content 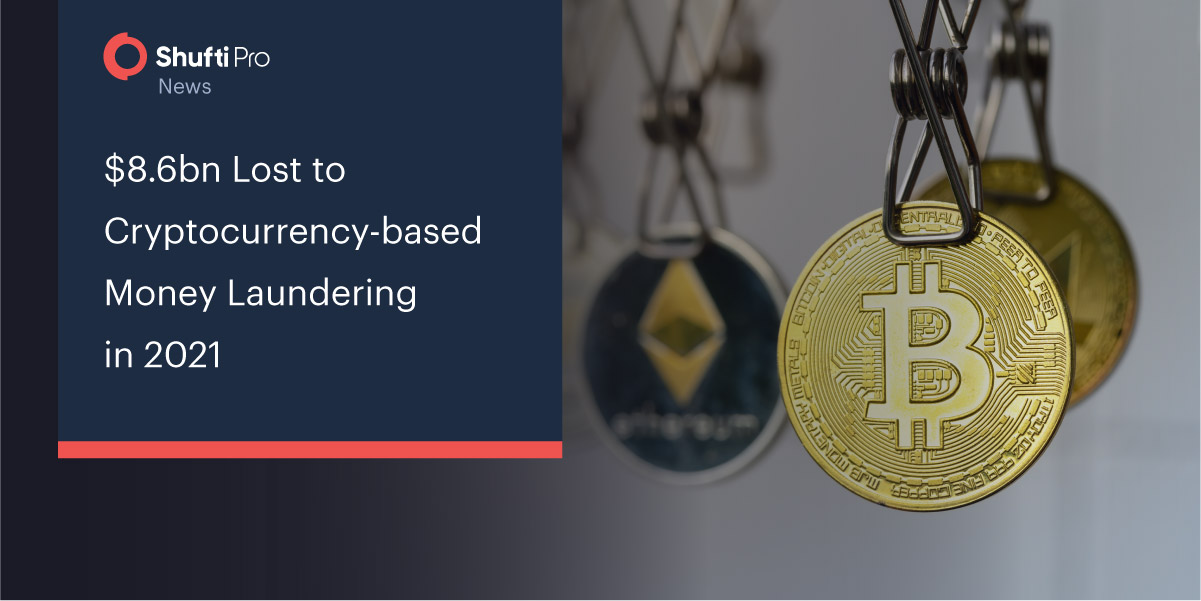 ‘The 2022 Crypto Crime Report’ by Chainalysis has revealed that a total of $8.6 billion was lost to cryptocurrency-based money laundering in 2021.

The blockchain data company shed light on financial crime through cryptocurrency, highlighting the large amount that was laundered in the last year. Criminal accounts received a total of $14 billion in 2021.

“That represents a 30 percent increase in money laundering activity over 2020, though such an increase is unsurprising given the significant growth of both legitimate and illicit cryptocurrency activity in 2021.”

“We also need to note that these numbers only account for funds derived from ‘cryptocurrency-native’ crime, meaning cybercriminal activity such as darknet market sales or ransomware attacks in which profits are virtually always derived in cryptocurrency rather than fiat currency.”

“It’s more difficult to measure how much fiat currency derived from offline crime – traditional drug trafficking, for example – is converted into cryptocurrency to be laundered. However, we know anecdotally this is happening, and later in this section provide a case study showing an example of it.”

According to the company, the total money laundered through cryptocurrency since 2017 has surpassed $33 billion, where cyber criminals moved the majority of the amount through centralized exchanges.

In 2021, money laundering contributed to approximately 0.05 percent of all cryptocurrency transaction volume.