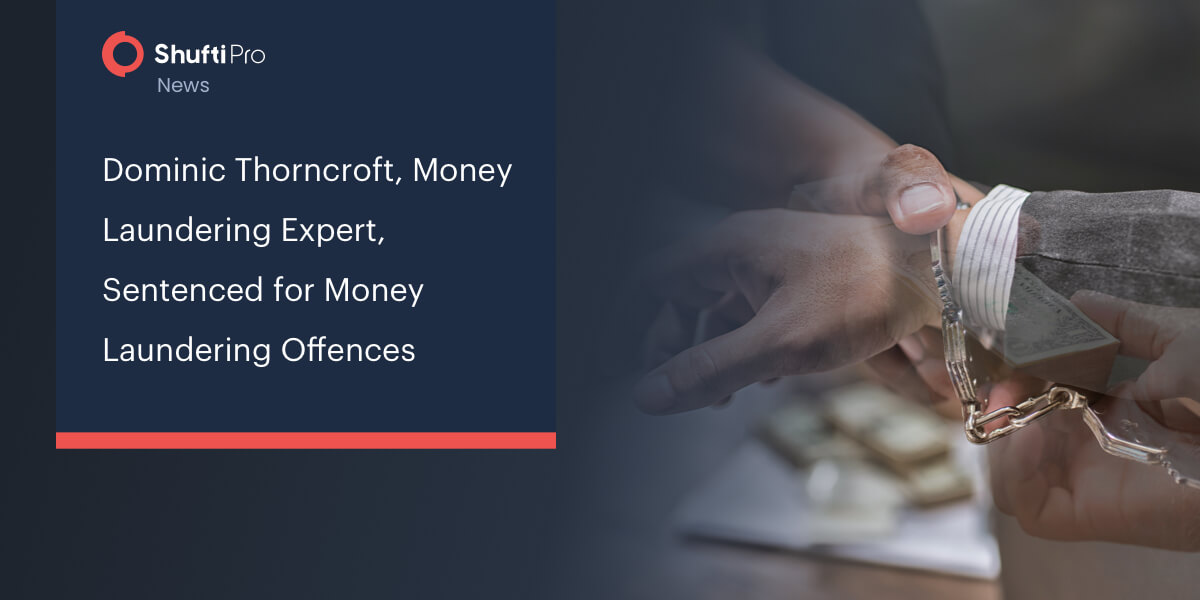 The former chairperson of the Association of the UK Payment Institutions, Dominic Thorncroft handed a suspended prison sentence for money laundering offences.

The anti-money laundering expert has been sentenced to imprisonment for money laundering after allowing his company as a channel for £850,000 generated by an investment scam.

Thorncroft worked with several lawmakers and regulators to provide Anti-Money Laundering training. He was convicted by a jury in June of various financial crimes. On Friday, Dominic was sentenced to an 18-month suspended prison sentence and was ordered to do 250-hour unpaid work after conviction on the following accounts:

Police started investigating the 56-year-old in June 2016 after a search of his money transfer business in Peckham revealed that his company received around £850,000 from 60+ victims of an investment scam.

Victims were convinced via phone to invest in sham money making schemes. The finds were then channelled to China through VS1, the company in which Dominic was the director, shareholder and nominated officer for money laundering issues. The prosecutors say that Dominic was not  involved in the scam back in 2014, but he should have known that black money was passed through his business.

The Crown prosecution service that brought the case said,

“Despite his substantial knowledge and expertise of money laundering, Thorncroft failed to alert the authorities to the suspicious activity and allowed it to continue.”

Dominic’s barrister, Kevin Bomber told Southwark Crown Court that the defendant’s offending was “characterised by incompetence not deliberation.” Kevin added that he did not have any sinister motives or guilty mind.

Judge Perrins while sentencing Dominic said that it should have been obvious that his company was being used for transferring illegally earned money and that the offences merited a custodial sentence. The judge took into account several mitigating factors for determining Thorncroft’s punishment and said that the fraud was well executed and sophisticated.

The Financial Conduct Authority (FCA) and other British authorities, HMRC, and the National Crime Agency are now under pressure to prevent money laundering activities.