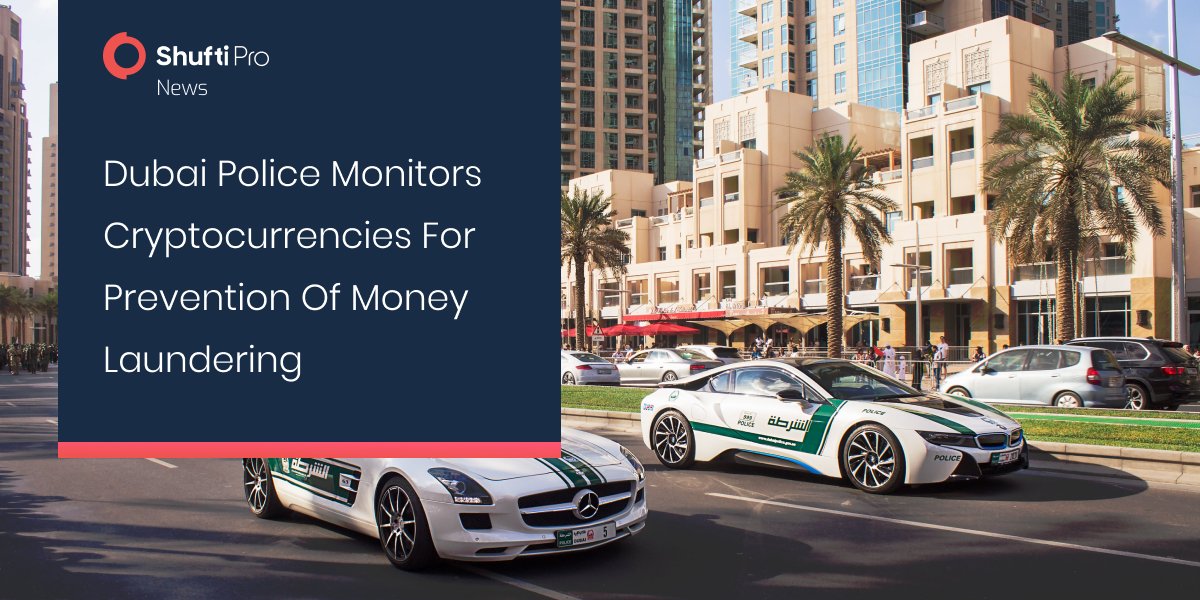 The cybercrime unit of Dubai Police has started monitoring cryptocurrencies to ensure that digital assets are not used for financial crimes like money laundering.

​​“Technology is changing the world and police is part of this change. We are continuously looking at the latest technologies in order to beat crime. Cryptocurrency, sometimes, is used for money laundering and crime, so Dubai Police are monitoring in cooperation with the Ministry of Interior. There are special units to deal with e-crime and money laundering and these two departments work together against any illegal use of cryptocurrency,” said Brigadier Dr. Saleh Al Hamrani, Deputy Director-General of Excellence and Entrepreneurship at Dubai Police.

On March 9, the Dubai government announced a first-of-its-kind law to regulate virtual assets as the demand for digital assets and currencies continues to grow exponentially.

The Virtual Asset Regulatory Authority (Vara), an independent authority – has also been established in Dubai to oversee the regulation, licensing, and governance of non-fungible tokens (NFTs), cryptocurrencies, and other virtual assets.

Brig. Dr. Saleh was speaking on the sidelines of the inaugural edition of the four-day World Police Summit which concluded at Dubai Exhibition Centre at Expo 2020 Dubai last week. Thousands of delegates including senior police officials from different continents as well as global policing bodies such as Interpol and International Association of Chief of Police, UN Police, and others.

He further revealed that the Dubai Police will utilize the best technologies such as artificial intelligence and blockchain to combat crimes, accidents and also to predict how future events will unfold.

“We are going to work on the next generation of AI technology to help predict how and what are the risks we are going to face so that we are ready both internally and externally. Utilizing artificial intelligence, blockchain and the ability to predict will help build a solid ground to make police prepare and also improve response and recovery time. We are working and implementing AI not only for crime but also for traffic, security at the airport, and marine security as well.”