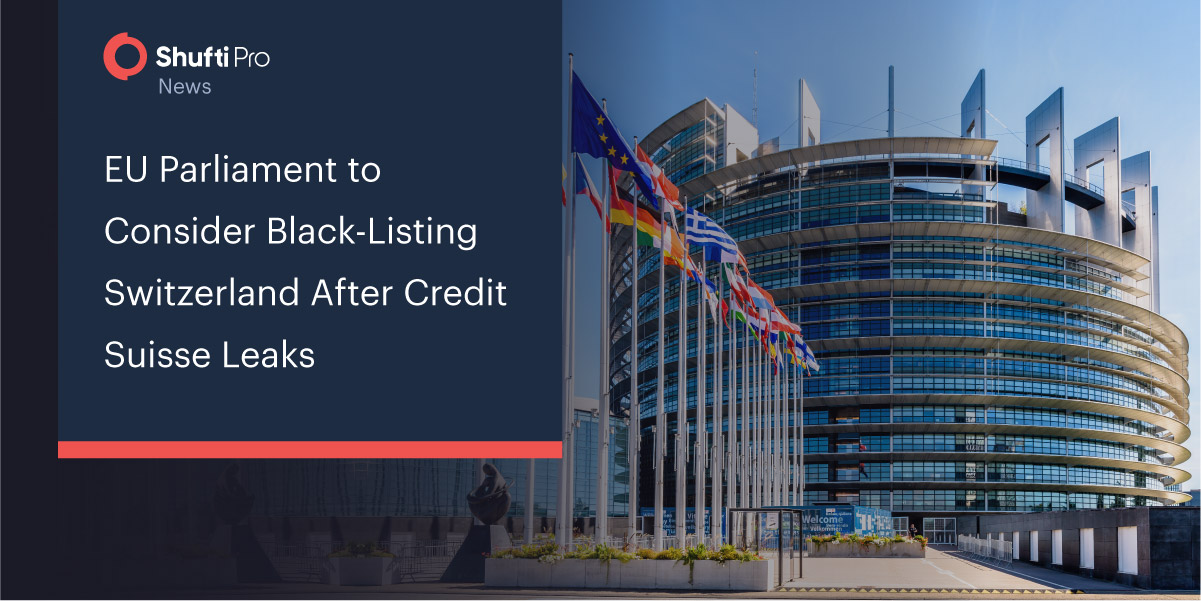 The European Parliament’s main political group called for a review of Switzerland’s banking practices and its possible black-listing due to the Credit Suisse leaks.

On Monday, 21 Feb 2022, the EU’s top political group suggested black-listing Switzerland after the leaks of Credit Suisse documents. Media outlets began publishing the investigation results of a data leak where thousands of accounts held at Credit Suisse in past decades were involved.

The leak also highlighted that the clients of Credit Suisse included abusers of human rights and businessmen that were present in sanction lists.

However, Credit Suisse said that it strongly rejects any allegations of being involved in illegal activities and that the media reports were based on“partial, inaccurate or selective information taken out of context”.

The European People’s Party (EPP), which is the conservative group holding the most number of seats in the European Parliament, called on the EU Commission on Monday, requesting to “re-evaluate Switzerland as a high-risk money-laundering country” as part of the next review of the list.

The European Commission, which drafts and reviews the list, refused to comment on the EPP’s statement. A spokesperson stated that the list was updated last month and no date has been set for the next review.

“Today, Switzerland meets all international standards on the exchange of information in tax matters and on fighting against money laundering, terrorist financing, and corruption,” the finance ministry’s State Secretariat for International Finance said in an emailed statement.

For Markus Ferber MEP, the EPP Group’s Spokesman in the Economic and Monetary Affairs Committee: “Bank privacy laws must not become a pretext to facilitate money laundering and tax evasion. The “Swiss Secrets” findings point to massive shortcomings of Swiss Banks when it comes to the prevention of money laundering. Apparently, Credit Suisse has a policy of looking the other way instead of asking difficult questions.”