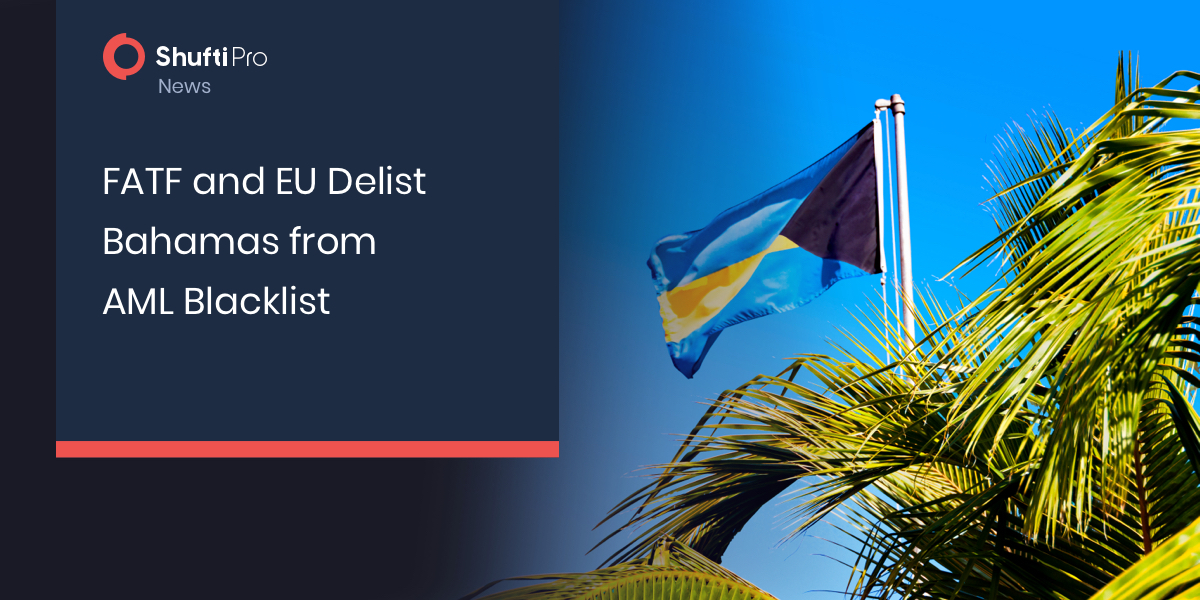 European Union has finally removed Bahamas from its AML blacklist, right after FATF has delisted the country from the grey list.

The European Union implemented a new regulation on 7 January to amend the EU AML blacklist, including removing the Bahamas, just a few days after it was delisted from the FATF’s (Financial Action Task Force) grey list as it has some shortcoming in its anti-money laundering defense framework.

The Office of the Attorney General said in a statement that “the FATF congratulated The Bahamas for the ‘significant progress’ it has made in improving its AML/CFT/CFP regime”.

“The Bahamas has strengthened the effectiveness of its AML/CFT system and addressed related technical deficiencies to meet the commitments in its action plan and remedy the strategic deficiencies identified by the FATF in October 2018. The Bahamas is therefore no longer subject to the FATF’s increased monitoring process. The Bahamas will continue to work with CFATF to improve further its AML/CFT regime.” FATF added.

On 11 January OAG (Office of the Attorney-General), while providing additional details on EU delisting the country from AML blacklist said: “This favorable outcome of the many months of engagement is a welcomed one and comes almost 12 months after the Financial Action Task Force (FATF) delisted The Bahamas on the 18th of December 2020 from its List of Jurisdictions Under Increased Monitoring (FATF’s Grey List). The Bahamas will continue to work with European Union and all international partners as we seek to maintain our AML/CFT/CFP regime on par with international agreed measures which safeguard the global financial system.”

Financial watchdog also acknowledged and paid thanks to collaborate teams including National Identified Risk Framework Coordinator, Dr. Cassandra Nottage, the member of International Legal Cooperation and Compliance Units of the OAG and DG FISMA team, for this desired conclusion to the EU AML Review Process.