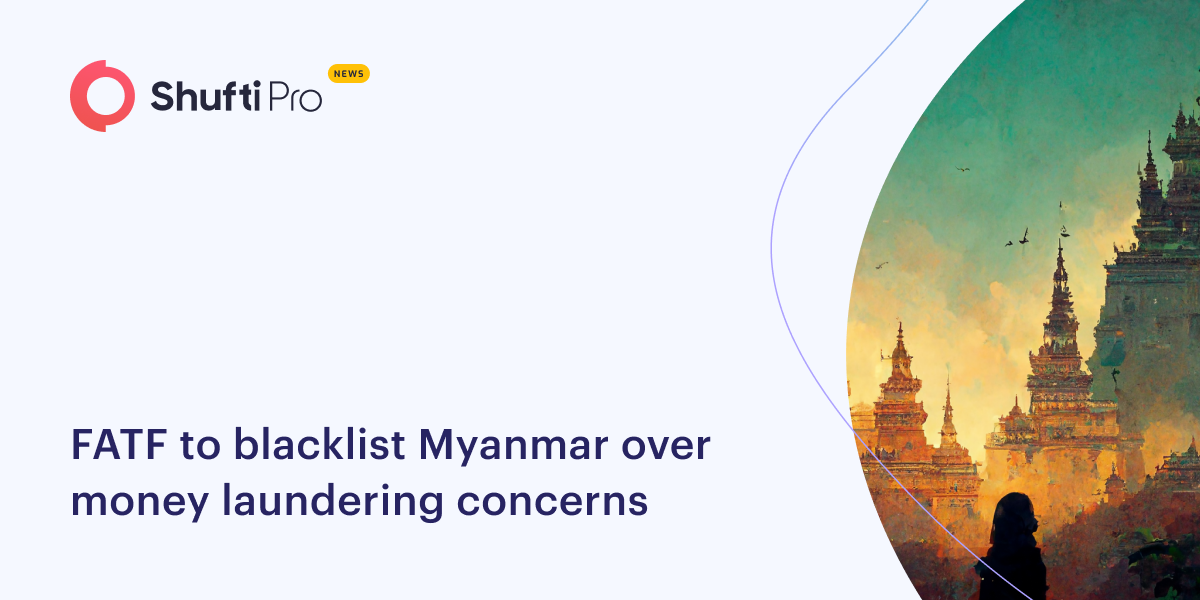 Myanmar faces a blacklisting threat by a FATF because of AML compliance failure and weak regulations of the country’s financial system.

A global finance watchdog will place Myanmar on a watchlist amid AML compliance concerns regarding its weak financial system to control monetary scams and terrorist financing.

As per the briefing of four Western and Asian government officials, members of FATF, the Financial Action Task Force, will be expected to approve the decision in Paris.

The Paris-based FATF was founded in 1989 by a group of seven advanced economies to fight against crimes, including terrorist financing, money laundering and similar threats to the global financial system’s integrity.

“The FATF’s international cooperation review group, which oversees the process, will likely recommend blacklisting in the October meeting because of the unsatisfactory progress,” said an Asian diplomat with access to the FATF. “The lack of progress shown by the junta means the plenary would find it difficult to justify not moving Myanmar to blacklist.”

Putting the country on the blacklist will strike a heavy blow to the regime’s credibility. Furthermore, after the military takeover in February 2021, attracting investments amid foreign capital’s exodus will also be questioned by being blacklisted.

This year, the kyat, Myanmar’s currency, has lost 60% of its credibility against the dollar, showing an extreme low that can fall further. Since its opening in 2011, foreign direct investment inflows have reached the lowest level.

The head of the Financial Intelligence Unit of Myanmar, Kyaw Win Thein, told Reuters that the country is not on the grey list yet. According to him, its fate will be decided at a plenary meeting on Thursday. Usually, FATF announces its decision on Friday by the end of its Paris meetings.

According to Kyaw, Myanmar’s government has established a strategic plan to combat money laundering. Although the head declined to explain, Myanmar country has recently introduced new requirements for companies to show beneficial ownership, as well as banks are on the same list to undertake better customer due diligence. After the exploitation of unregulated gaming establishments by crime groups, the country also passed laws legalizing casinos.

According to two sources with FATF proceeding’s information and investigation in Myanmar, the watchdog examined that Myanmar’s anti-money laundering action plan is far away from completion, and it will probably be on the grey list at meetings this week.

Myanmar lies at the epicentre of illegal drug production, the Golden Triangle region, that’s also the center for trafficking in the Asia-Pacific. Moreover, it has some serious issues with illicit jade mining and arms trafficking & logging, among other felonies, as found by a FATF report in 2018.