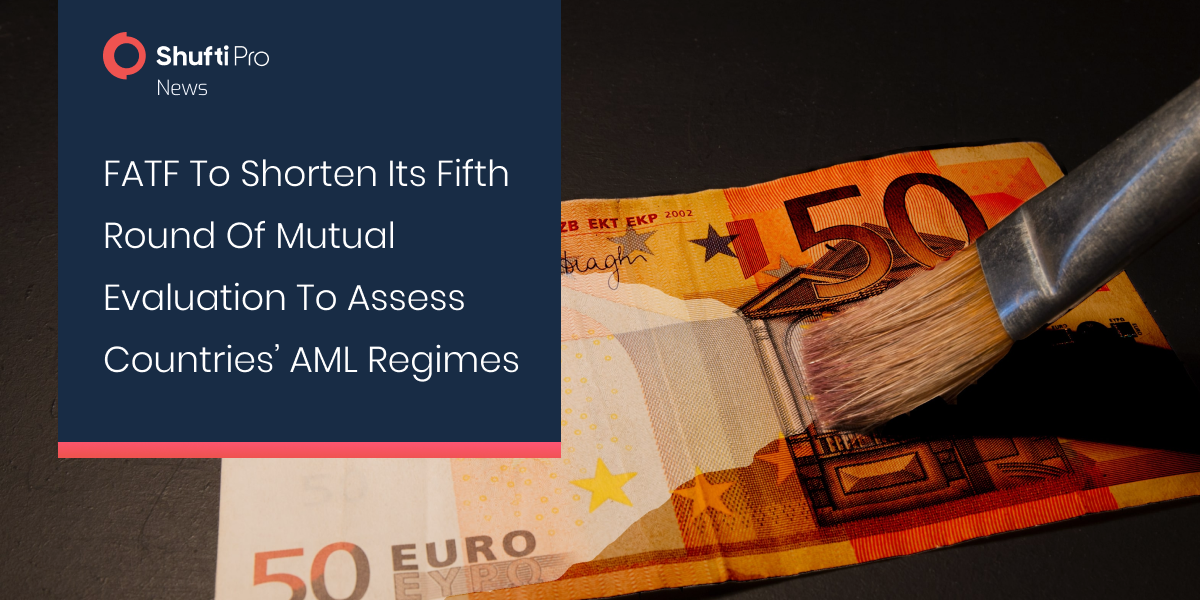 The Financial Action Task Force has announced that it will shorten its fifth round of mutual evaluations and will evaluate the AML measures in countries in 6 years.

According to the FATF, 76% of the 120 countries that it has assessed for AML measures have established a broad set of new AML rules and regulations that would enable them to “follow the money” in combating crimes and terrorism, compared with about 36% in 2012.

FATF, a Paris-based organization that sets anti-money-laundering law standards, said it would shorten its coming fifth round of mutual evaluations to a six-year cycle, according to a report on the state of countries’ effectiveness and compliance published Tuesday.

Currently, the mutual evaluation is carried out once every 10 years, said a FATF spokesperson.

According to the Wall Street Journal, FATF’s mutual evaluations consist of peer reviews in which members from different countries assess the effectiveness and implementation of one another’s anti-money-laundering measures. FATF said the evaluations entail a description and an analysis of a country’s financial safeguards to prevent the illicit abuse of its financial system and recommendations to further strengthen it.

For the next round of mutual evaluations, FATF said it would also focus more on each countries’ highest risks and adopt a follow-up process that would emphasize the specific actions countries need to take.

But FATF said that many countries continue to adopt laws and regulations in a “tick box” approach, which makes it difficult for countries to take effective measures to tackle the specific illicit finance risks they face. FATF said countries would need to make significant improvements to their AML systems in the next round of peer reviews.