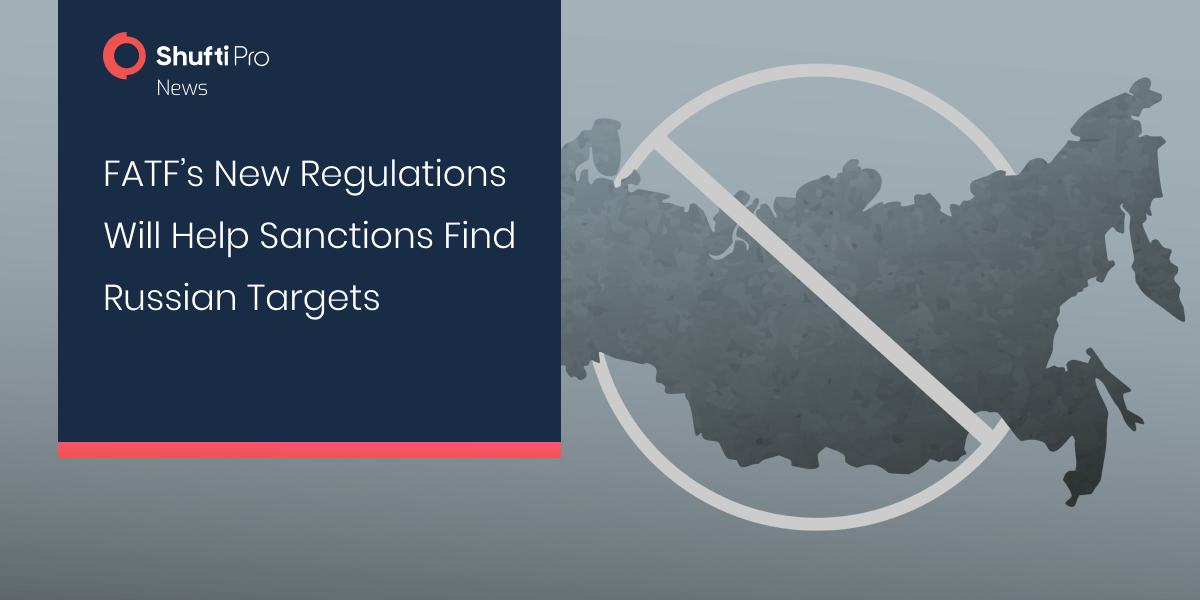 The Financial Action Task Force’s drive to eliminate the anonymity of corporate beneficiaries makes it easier for authorities to trace illegal activities.

Apart from issuing new guidelines to end anonymity within businesses, the global anti-money laundering watchdog has also made it easier to keep track of illegal activities.

Although the guidelines were not meant to directly punish Moscow and its business supporters for the Russian invasion of Ukraine, activists say that there will be a considerable improvement in terms of tracking down Russian assets targeted by western sanctions.

The Paris-based financial watchdog is urging world governments to establish a “beneficial ownership register or a sufficient alternative” that will enable authorities to monitor and keep a record of all entities ultimately owning or controlling a company.

The new regulations from the FATF are formulated to prevent the use of anonymous shell companies and the countries that fail to comply will have to face public shaming. This is aimed at bringing countries like Panama, Australia, and Hong Kong on the same page as those countries that have already created such registers, like the UK, Germany, and Sweden

​​As per the latest information, over 200 jurisdictions have registered to implement the 40 recommendations on anti-money laundering and protection against terrorist financing.

Even though the regulations were issued after two long years of consultation, they will help identify Russian assets that are being targeted by sanctions from the US and Europe.

“The strengthening of the international standard on beneficial ownership registry comes at a critical time — just a week after Russia’s invasion of Ukraine,” said Maíra Martini, an expert on corrupt money flows at Transparency International. “Transparency in company ownership is essential for authorities to trace assets of those connected to the Kremlin.”