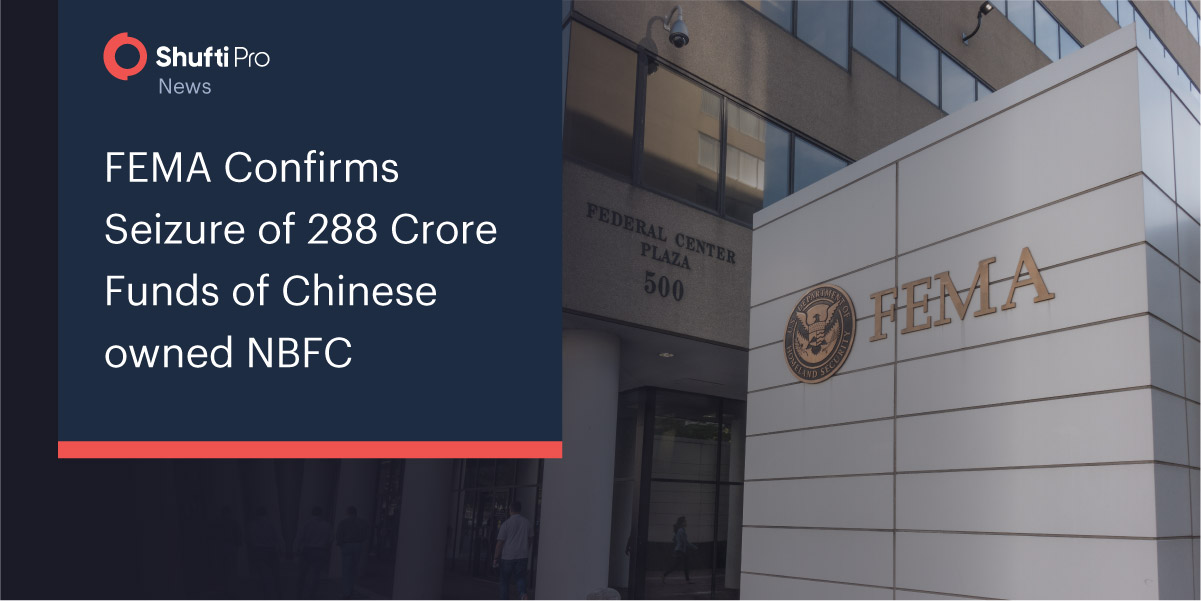 The FEMA has confirmed the seizure of 288 crores worth of funds of a “Chinese-owned” NBFC that provides instant loans services and later harasses the customer by misusing their personal information.

The commissioner of customs has issued an order in Chennai on February 4 confirming “the full seizure of the funds in the action taken against Chinese-owned non-banking financial company NBFC,”  the Enforcement Directorate (ED) said.

The federal probe agency had seized 288 crores that were placed in bank accounts and payment gateways of the NBFC by issuing three separate seizure orders last year under sections of the FEMA.

The ED has also initiated a FEMA probe against the company while it was investigating a number of NBFCs and FinTech companies under the anti-money laundering regulations (Prevention of Money Laundering Act) who provided online micro-loans through mobile applications and then began “extorting high rate of interest by misusing the personal data of the customers and threatening and abusing them through call centers.”

A number of coronavirus victims facing economic crisis had availed these loan services and in some cases, the law enforcement authorities also received reports regarding people doing suicides following the harassments of the recovery agents deployed by these types of bogus insurance companies.

The NBFC in this case was facilitating customers with instant personal micro-loans through its mobile application called “Cashbean” for suspicious foreign outward remittance, the ED said.

“PCFS is ultimately beneficially owned by Chinese national Zhou Yahui. The investigation found that the foreign parent companies of PCFS brought in FDI (foreign direct investment) worth Rs 173 crore for lending business and within a short span of time, made foreign outward remittances worth Rs 429.29 crore to Chinese-controlled foreign-related companies, in the name of payments for non-existent software services,” the ED alleged.

However, the law enforcement authorities also found out that “exorbitant” payments were allowed by the Indian directors of PCFS without any due diligence and on the instruction of the country head Zhang Hong, who directly reported to Yahui, a resident of China, it said. “Hence, PCFS contravened FEMA provisions and equivalent assets were liable for seizure,” the agency said.

The ED said it has shared a report of this investigation with the RBI and the Income-Tax department who “have also initiated inquiry” against the accused NBFC.