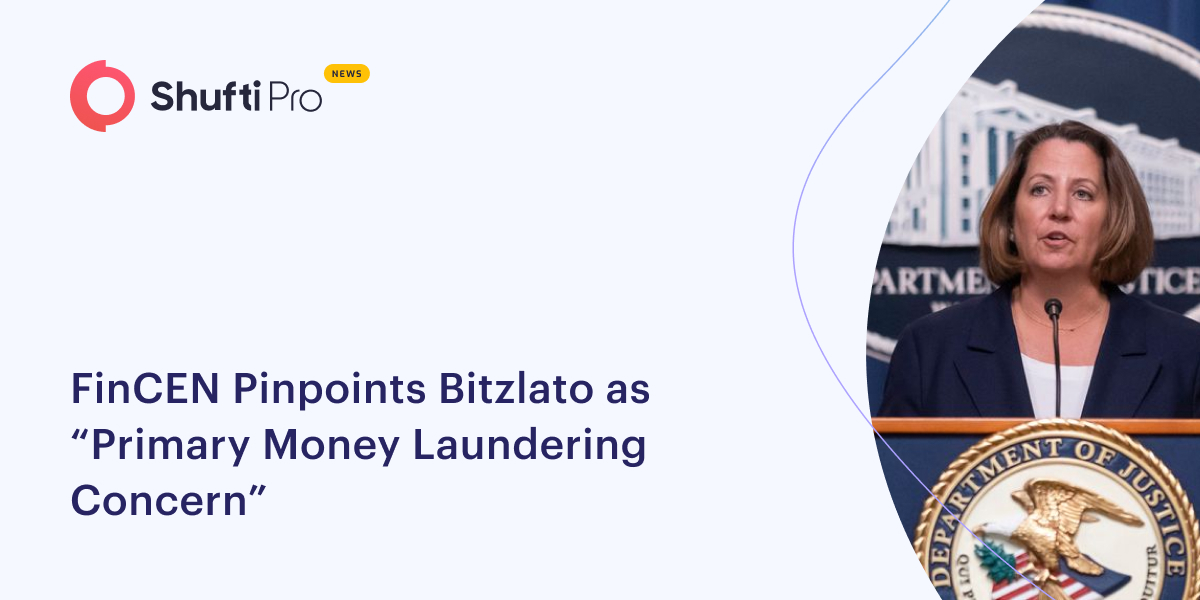 The US Department of Treasury’s FinCEN (Financial Crimes Enforcement Network) has issued an identification order for Bitzlato Limited, a virtual crypto exchange platform, as a “primary money laundering concern” in alliance with illicit Russian finance.

“As criminals and criminal facilitators evolve, so too does our ability to disrupt these networks. We will continue to leverage the full range of our authorities to prohibit these institutions from gaining access to the U.S. financial system and using it to support Russian illicit finance.”

In the issued order, FinCEN specified that Bitzlato is a financial institution operating outside the US which plays a crucial role in the laundering of CVC (Convertible Virtual Currency) through illicit transactions for ransomware running in Russia, including Conti.

According to the order, Bitzlato offers P2P (Peer-to-Peer) services and maintains its significant operations connected to Russia and its Illicit finance network via the facilitation of deposits and funds transfers by ransomware groups or affiliates for transactions related to darknet markets. The FinCEN’s investigation found that these connections include, but are not limited to, transfers and transactions involving Conti and the Russian darknet market Hydra.

Following Hydra’s closure in April 2022, the virtual exchange continued facilitating the trades for expanding Russia-connected darknet markets, such as BlackSprut and Mega.

The move aims to enhance the US financial system through improved transparency by detecting illegal economic activity involving digital assets, including CVC. The action also indicates the use of available tools from the authority to target illicit financial activity and counter ransomware threats. FinCEN reports a majority of ransomware attacks from Russia, pinpointing Bitzlato as a part of a greater number of Russian cybercriminals allowed to operate with impunity in Russia.