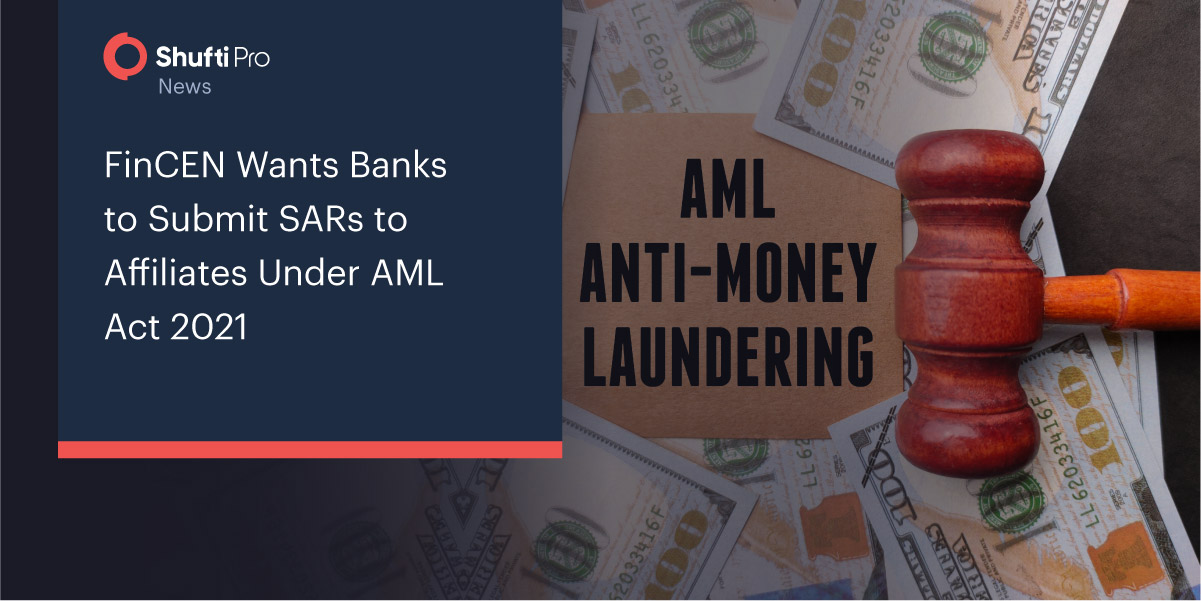 The Financial Crimes Enforcement Network (FinCEN) proposed a new law on Monday that will permit banks to share their suspicious activity reports to foreign affiliates more easily as an attempt to effectively combat illicit activities.

On Monday, a bid to improve financial institutions’ (FIs) ability to counter money laundering was proposed. The new program is mandated under the Anti-Money Laundering Act that came into force last January. Public comments on the proposed guidelines will be taken in the next two months.

Suspicious Activity Reports (SARs) serve as a key tool for government bodies and institutions to counter financial crimes like terror financing and money laundering. Previously, banks were allowed to share SARs with their foreign head offices only (foreign bank branches were not included in this). However, the new guidelines remove the barrier and permit banks to share SARs with affiliates too.

Chair of the banking group at Debevoise & Plimpton LLP, Satish Kini said, “Institutions have been seeking to do this as a means of better managing their anti-money-laundering risks globally. It will facilitate more ready risk management because folks [abroad] will know that a SAR has been filed in the United States.”

Daniel Stipano, partner at Davis Polk & Wardwell LLP stated, “Being able to effectively prevent and deter money laundering really depends heavily on being able to share information. If information is siloed…nobody has the full picture.”

According to FinCEN’s estimates, 100 banks will participate in the program which is scheduled to be terminated in January 2024.