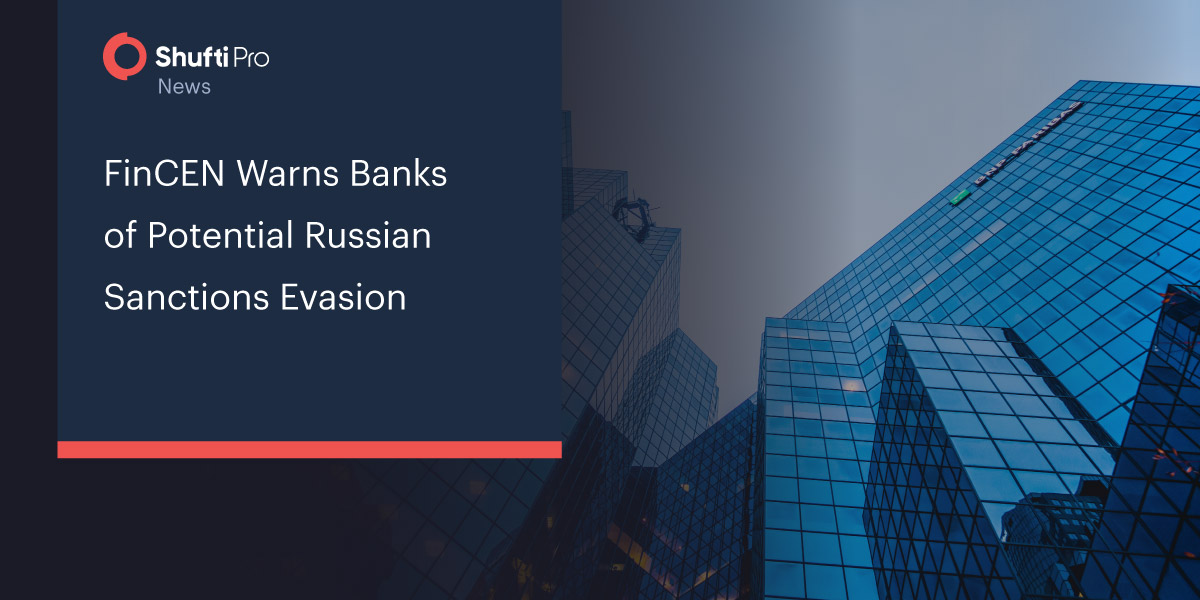 The Financial Crimes Enforcement Network (FinCEN) has warned banks of possible suspicious practices that seek to evade the economic sanctions imposed on Russia.

On March 7, 2022, the Financial Crimes Enforcement Network issued a warning to banks and financial institutions about the potential evasion of Russian sanctions in the context of the Russia-Ukraine war.

The financial regulator has pointed out the possible ways in which the Russian state and wealthy oligarchs belonging to Russia could evade sanctions through dealings with unsanctioned banks that can access the international financial system. Another method that was identified was the use of convertible virtual currencies (CVCs), which are cryptocurrencies like Bitcoin that can be exchanged for real money.

FinCEN also warned that financial institutions are vulnerable to Russian-related ransomware attacks. The announcement came after the US Treasury imposed sanctions to cut off the two biggest Russian banks, Sberbank and VTB Bank.

The two banks account for over half of the Russian banking industry’s assets, from U.S. dollar-denominated foreign exchange transactions. Moreover, several state-owned financial entities and private institutions in Russia have also been blocked from transactions via the U.S. financial system.

FinCEN has warned of the possible evasion of sanctions on Russia as a result of its aggressive attacks on Ukraine. The sanctions also extended to oligarchs and high-risk entities in Russia and Belarus, its ally.

The announcement from FinCEN called for careful reporting and due diligence processes to identify suspicious activities in a timely way. Section 314(b) of the USA PATRIOT Act, which allows information-sharing authorities to disclose sensitive and private information to protect national security, will also provide a pathway for investigations and the containment of sanctions evasion.