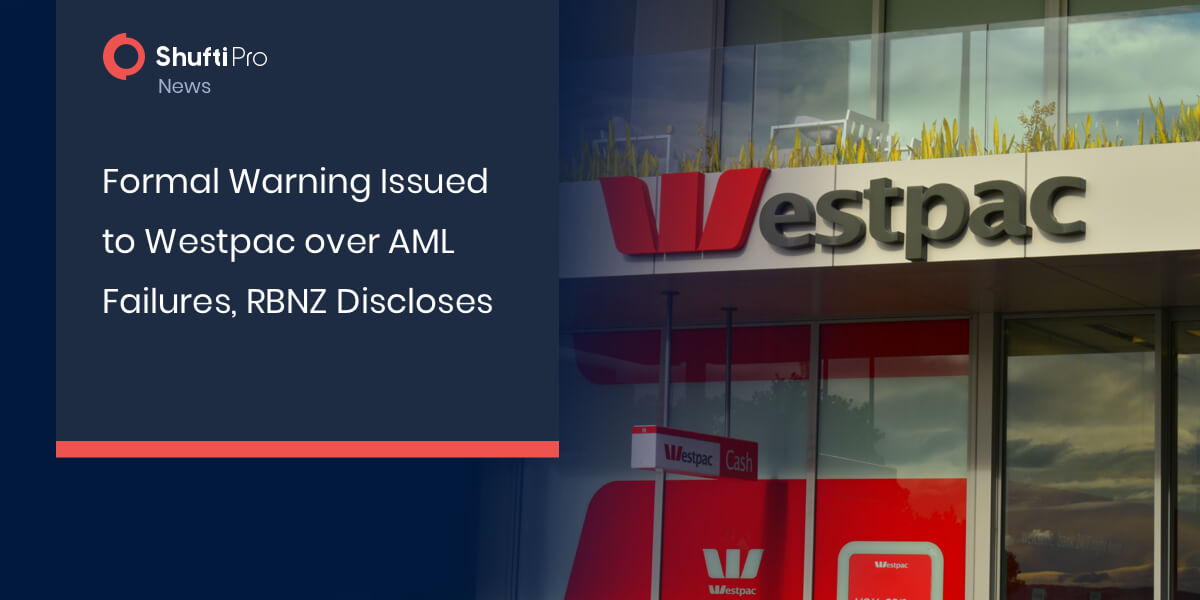 The bank underreported 8000 corporate transactions made overseas between July 2018 and February 2019, RBNZ reported.

The Reserve Bank of New Zealand (RBNZ), has issued a formal warning to Westpac’s New Zealand branch for failing to report transactions as required under AML/ CFT laws of the country.

According to the AML/CFT law, all reporting entities have been mandated to report prescribed transactions (including international wire transfers of AUD 1,000 or more) to the Police’s Financial Intelligence Unit.

However, Westpac’s transaction reporting system was designed in such a way that 8000 international corporate transactions were left unreported between July 2018 and February 2019. “This formal warning reflects the importance of the prescribed transaction reporting regime in building an intelligence picture across New Zealand’s financial system, and reiterates the seriousness with which we view non-compliance with the AML/CFT Act,” stated Geoff Bascand,  RBNZ’s deputy governor.

Following the formal warning, Westpac must carry out necessary tasks to maintain compliance with AML/CFT laws, including a review of its procedures, policies and controls for reporting prescribed transactions for the identification and improvement of any gaps, ensuring all reportable transactions are detected and reported in the future.

In the event Westpac fails to meet the set standards in the future, civil or criminal enforcement action may be taken, the RBNZ said.

The findings have surfaced as a result of a survey conducted by RBNZ on New Zealand’s registered bank’s correspondent banking, prescribed transaction reporting, and transaction monitoring.

In November 2019, AUSTRAC alleged that Westpac had failed to stay compliant with AML laws on over 23 million occasions. As a result, Westpac was forced to pay a penalty worth AUD 1.3 billion and remediated its compliance failings. The survey was launched in the wake of these events and has revealed how Westpac has once again failed to meet AML compliance standards.

Other than failing to report prescribed transactions, the survey found Westpac had satisfactory procedures and controls in place. RBNZ has also announced plans to make an on-site visit to further inspect the effectiveness of the bank’s policies and procedures.