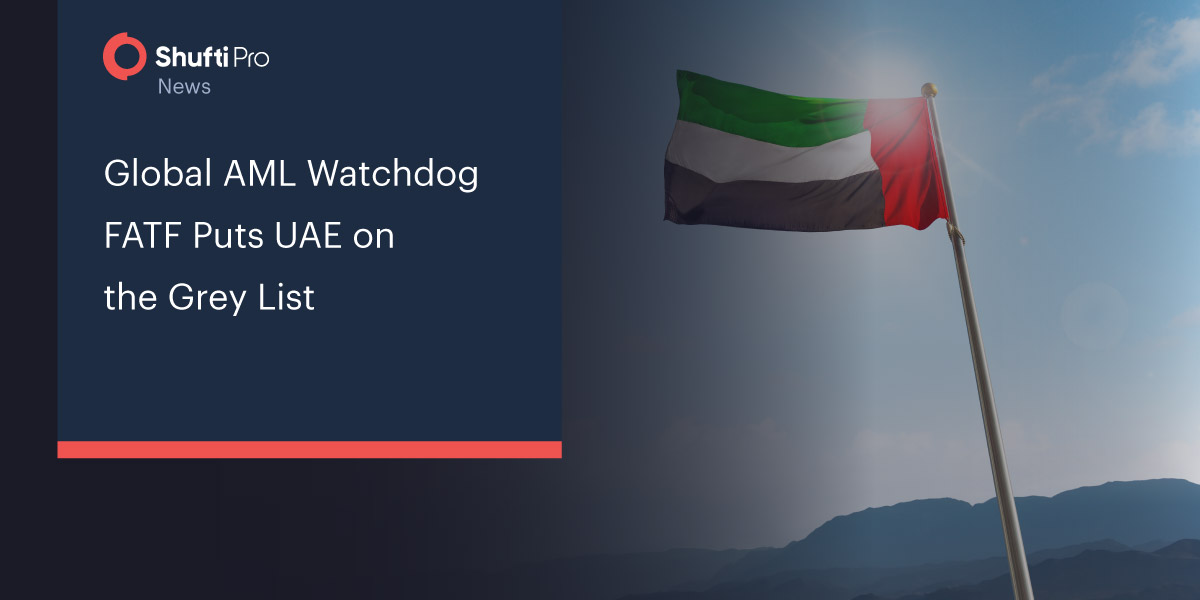 The Paris-based Financial Action Task Force placed the UAE on the grey list for “strategic deficiencies” in combating money laundering.

The global financial watchdog added the United Arab Emirates to the so-called “grey list” due to increasing concerns regarding the insufficient actions taken by the global trade zone to combat financial crime in the country.

The decision was taken by the FATF late Friday night and UAE is now part of the grey list along with 23 countries including Middle Eastern nations Syria, Jordan, and Yemen.

The decision is likely to spoil the UAE’s carefully managed business-friendly image although it has a multitude of economic free zones and real estate ventures.

Presence in the grey list will also cause harm to the country’s image as rating agencies and other financial institutions affect interest rates for loans. While praising the UAE’s “significant progress,” the FATF said that more needs to be done. Already, the UAE has established a corporate registry and signed extradition agreements with other nations.

However, the UAE has always been known as a place where bags of cash, diamonds, gold, and other valuables can be moved into and through with ease. In recent years, the State Department had described “bulk cash smuggling” as “a significant problem” in the Emirates.

A 2018 report by the Washington-based Center for Advanced Defense Studies, relying on leaked Dubai property data, found that war profiteers, terror financiers, and drug traffickers sanctioned by the U.S. had used the city-state’s boom-and-bust real estate market as a safe haven for their money.

Emirati officials on Twitter and its state-run WAM news agency rushed to reassure investors that the UAE remained a safe, regulated place to do business and would address the international concerns.

“The UAE will continue its ongoing efforts to identify, disrupt and punish criminals and illicit financial networks in line with FATF’s findings and the UAE’s National Action Plan, as well as through close coordination with our international partners,” the Emirates’ Executive Office of Anti-Money Laundering and Countering the Financing of Terrorism said.

Senior Emirati diplomat Anwar Gargash wrote on Twitter that the country had “made significant progress in combating financial crime.”

“Being a key economic hub, we remain resolute in strengthening strategic cooperation with our partners to address this global challenge,” he wrote.