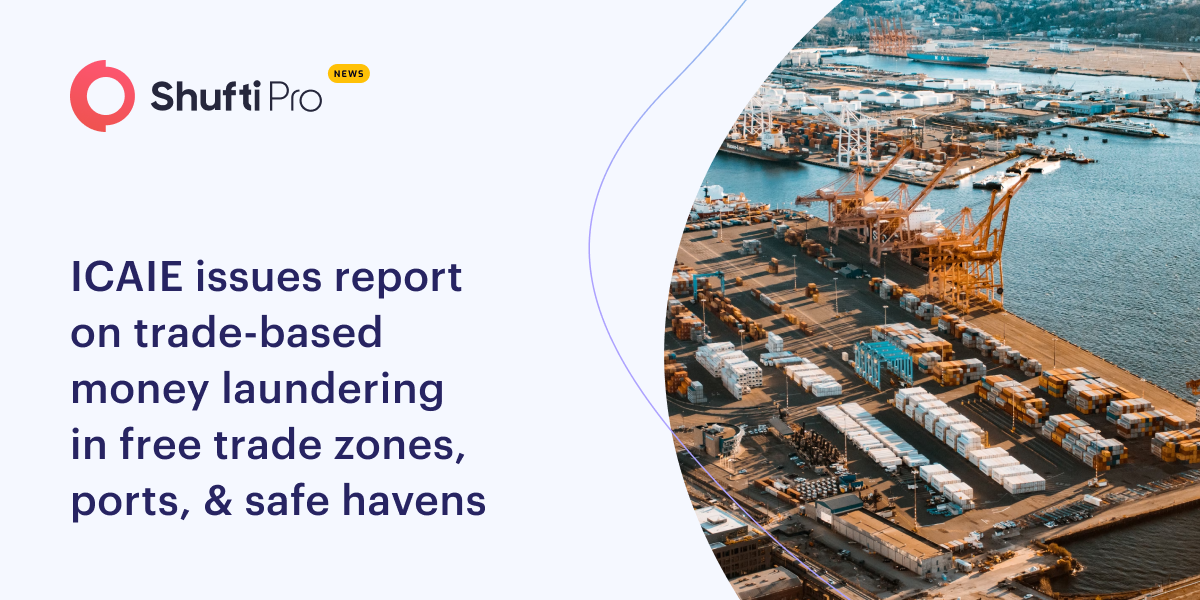 The ICAIE released a new report called “The Dark Side of Illicit Economies and TBML: Free Trade Zones, Ports, and Financial Safe Havens” to highlight the importance of public-private partnerships in combating illicit finance.

On Monday, June 13, the ICAIE issued its report that highlights the importance of leveraging strategic intelligence, network analytics, and pattern-of-life forensics to disrupt the logistics, financial wherewithal, and corruptive influence of criminals and their complicit enablers across borders, trade hubs, illicit economies, free trade zones (FTZs), and vulnerable ports.

Although the report mainly focuses on the Americas, it also sheds light on the convergence of transnational criminal activities and illicit financial threats across other regions and supply chains.

In recent times, the emergence of transnational criminal structures and illicit economies has created a clear and present danger to global security by obscuring trillions of dollars from legal economies.

These illicit funds contribute to growing corruption, instability and violence while destabilizing markets in the Americas and around the world.