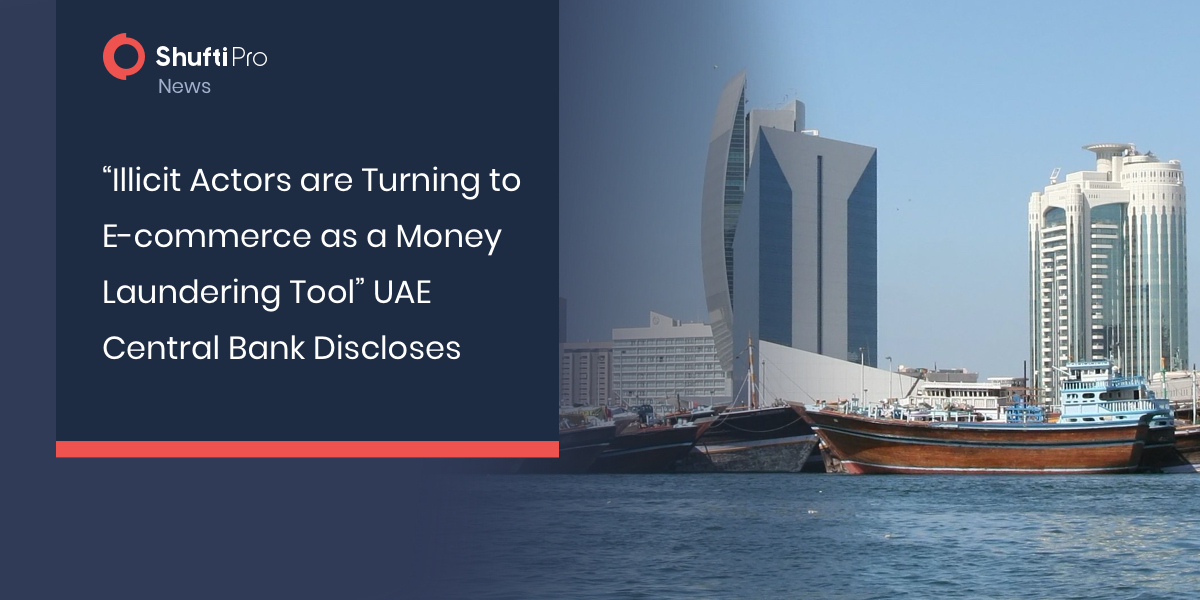 The United Arab Emirates central bank sees increased risks of illicit financial flows emerging from the COVID-19 pandemic, including money-laundering and terrorism financing, it said in a report on Sunday.

The report states that during the COVID-19 crisis, money laundering activities through unlicensed service providers and e-commerce businesses substantially increased in the previous year.

“Widespread lockdowns have resulted in a significant surge in e-commerce. Due to limited ability to move funds and goods during the pandemic, illicit actors are turning to e-commerce as a money laundering tool,” it said.

Money mule accounts, through which illicit funds are wired across borders, grew in number, the bank stated, with accounts in the majority of cases belonging to low-income individuals from Africa and Asia.

The UAE central bank identified various fraud risks linked to the pandemic, such as the submission of false claims by business entities or individuals to qualify for government stimulus support measures.

“As we continue to monitor and learn more about the spread of COVID-19 in our communities, we have recently observed a heightened external fraud threat, especially with cybercriminals exploiting both traditional and digital channels, to remotely perpetrate cyber-enabled fraud attacks at scale in a rapidly evolving environment,” the bank further asserted.

The report by the UAE central bank has emerged as the region steps up efforts to combat money laundering and terrorism financing activities.

Last year, the global regulatory body Financial Action Task Force (FATF) claimed that “fundamental and major improvements” were required from the UAE to avoid it from being placed on the “grey list” of countries under increased monitoring.

Last week, the central bank issued new anti-money laundering guidelines to curb ML/TF threats in the Gulf region. The new guidelines have been imposed on financial institutions to instruct them over AML compliance practices.