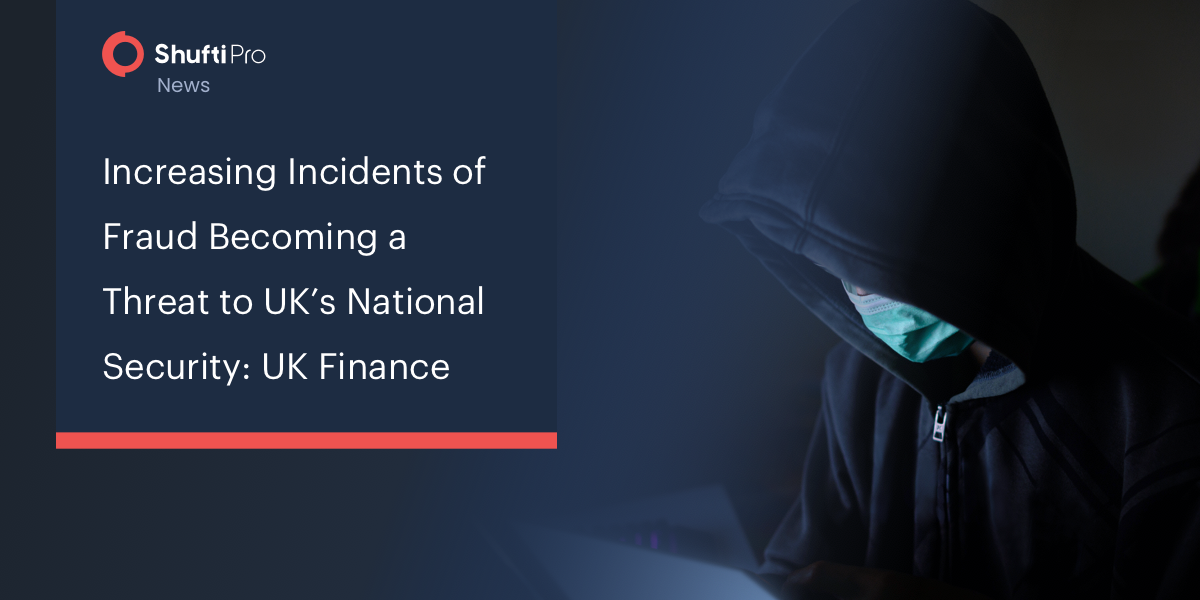 Automated systems prevented approximately 736 million pounds ($1 billion) from being stolen through fraudulent means in the first half of 2021.

According to a Reuters report published on Wednesday (Sept. 22), UK Finance has stated that the rising incidents of fraud observed in the e-commerce and online banking sector since the start of the COVID-19 pandemic are slowly becoming “a national security threat”.

The banking industry lobby group UK Finance said that government-backed schemes have become a need of the hour to counter the rising financial crime threats.

Government-coordinated action is needed as criminals have shifted their focus to exploit weaknesses outside the banking system, according to UK Finance’s latest fraud report which covers the first half of 2021.

In the first half of 2021, criminals stole nearly 754 million pounds ($1.03 billion) through bank fraud. This amount represents a 30% rise in bank-related fraud compared to the same time period in 2020, reveals a UK Finance report.

Among the rising fraud schemes was Authorized Push Payment (APP) fraud, whereby customers make payments to criminals, thinking they are legitimate entities. APP fraud went up by 71% in 2021, the report said, moving ahead of card-based fraud for the first time.

Additionally, the UK Finance’s report shows 70% of APP scams were based online and highlighted a rise in the number of online ads that seek individuals as young as 14 to turn them into so-called “money mules” for illegal activities.

The banking group asserted the need for government action through a planned Online Safety Bill, which currently does not include online ads.

“The level of fraud in the U.K. is such that it is now a national security threat,” said Katy Worobec, Managing Director for economic crime at UK Finance, in the report. “The banking sector cannot solve this on its own.”

The report further encouraged the use of automated solutions for combating financial crime, stating that bank security systems prevented approximately 736 million pounds ($1 billion) from being stolen through fraudulent means in the first half of 2021.

Last week, the Financial Conduct Authority stated that the UK lost about 570 million pounds ($778 million) in investment fraud through April 2021, an amount that makes three times the 2018 total.