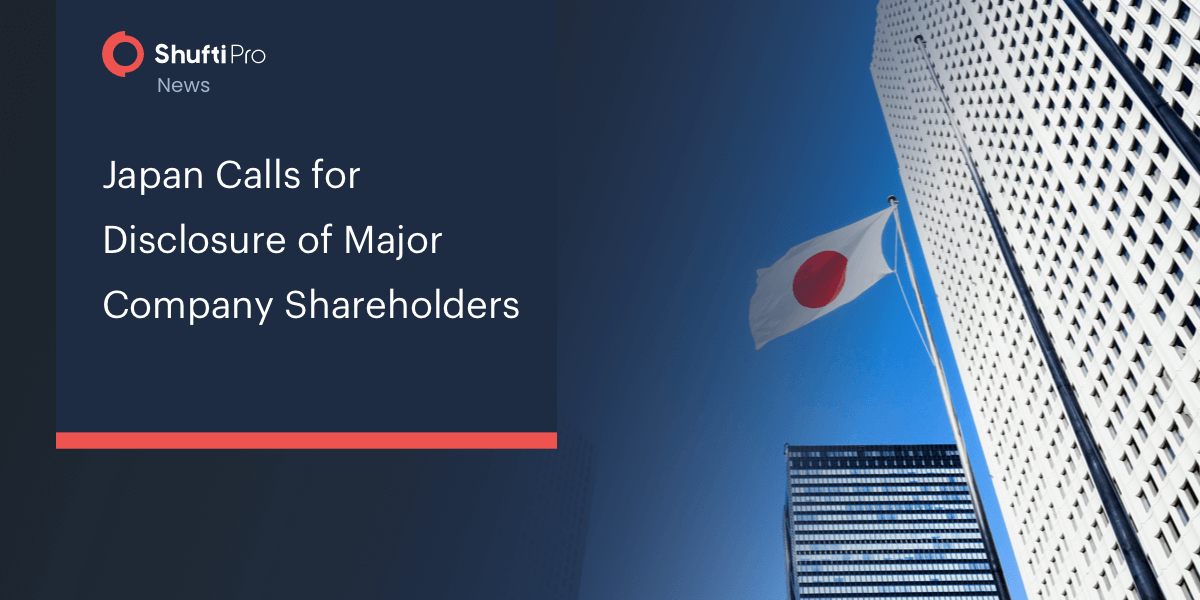 Japan’s Ministry of Justice will require firms to submit details of their major shareholders, also allowing banks to ask for individual details of company shareholders during account opening and provision of loans.

Starting next January, shareholders having over 25 percent stake in a company based on voting rights will be urged to submit details including names, addresses, and percentage of shares in the company.

These regulatory efforts are being motivated by the negative feedback from the FATF (Financial Action Task Force) on Japan’s anti-money laundering measures.

The global watchdog placed Japan in the “enhanced follow-up” category in August after several sectors were seen to lack risk-based measures against money laundering and terrorism financing.

Regulators were thereby urged to take strong action to improve Japan’s AML/CFT framework. As a result, more or less 3.5 million companies across Japan, including public and private sectors, will be required to disclose details of their major shareholders to the legal affairs bureau of the Ministry of Justice.

The bureau will keep this information for a period of seven years, enabling the authorities to monitor suspicious activities of companies and individuals to effectively combat money laundering.

Presently, Japan’s law prohibits banks from providing services to “anti-social forces” or criminal groups. Banks utilize the Japanese Bankers Association’s independent database for the purpose of due diligence and screening of customers’ transactions.

According to Nikkei, “having information on their corporate clients’ major shareholders will make it easier for banks to understand their clients’ history and attributes, helping to prevent money laundering and other fraudulent activities.”

Japan’s Ministry of Justice and the Financial Services Agency (FSA) will work together with financial institutions in the private sector to enhance their inspection of shareholder data. Following this, banks will be able to get better oversight on shareholders to analyse risks of money laundering.

The JBA will urge major Japanese banks to implement measures as suggested by the new system, with initial responsive action expected from larger banks. This initiative will then be followed by the regional banks and Shinkin (credit treasury) banks.