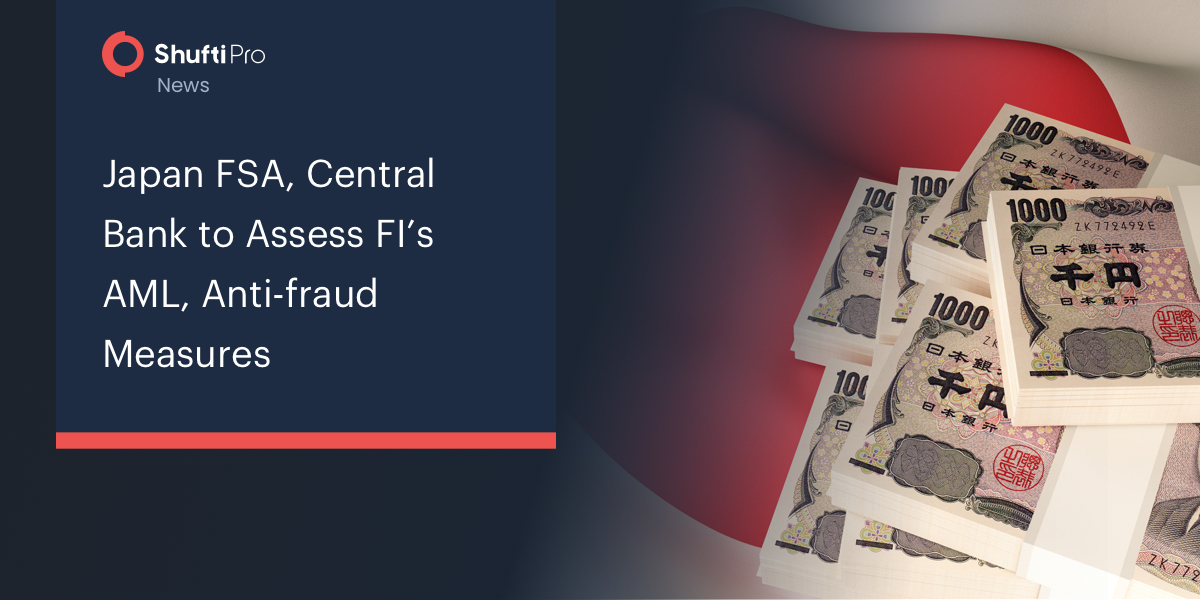 Reports have revealed that Japan’s FSA and BOJ are seeking to better understand whether the current AML, anti-fraud, and cybersecurity measures at FIs are sufficient.

The Financial Services Agency (FSA) and the Bank of Japan (BOJ) are planning to dig deeper into how well AML and anti-fraud measures are working at regional banks and other financial institutions, according to Nikkei.

The investigation is expected to commence as soon as this summer due to the surge in fraudulent money transfers in the country. A report by Japan’s National Police Agency revealed that 1,734 fraudulent online money transfers took place last year. This depicts a 16% rise compared to last year.

The aim behind the regulator’s investigation is to check whether FIs are taking necessary precautions to counter fraudulent money transfers. In case of any deficiencies, further assessments and actions will be implemented.

The regulators will also be investigating the status of Anti-Money Laundering procedures at banks and other financial institutions. This follows a revision of the FSA’s AML guidelines issued this February, which aimed to enhance customer management at banks.

The BOJ has been made part of the investigation at the request of the FSA, as numerous financial institutions may be involved. Although the bank does not have supervisory authority, it can assist FSA by collecting and sharing information through on-site examinations of FIs.

Depending on the results compiled, each FI that lacks necessary measures will be issued improvement orders or requested to submit reports regarding their finances and operations.

In the previous assessment by the FATF conducted in 2008, numerous FIs in Japan were pointed out for having lax identity verification controls in place. The latest assessment is expected to follow in the same footsteps, highlighting shortcomings and potential results in Japan being placed into enhanced follow-up.

New legislation is also expected to be introduced to parliament next year to strengthen the existing penalty regime for AML violations.