Man Sentenced to 5 Years in Jail for Laundering $2.6M Through BTC ATMs
Skip to content 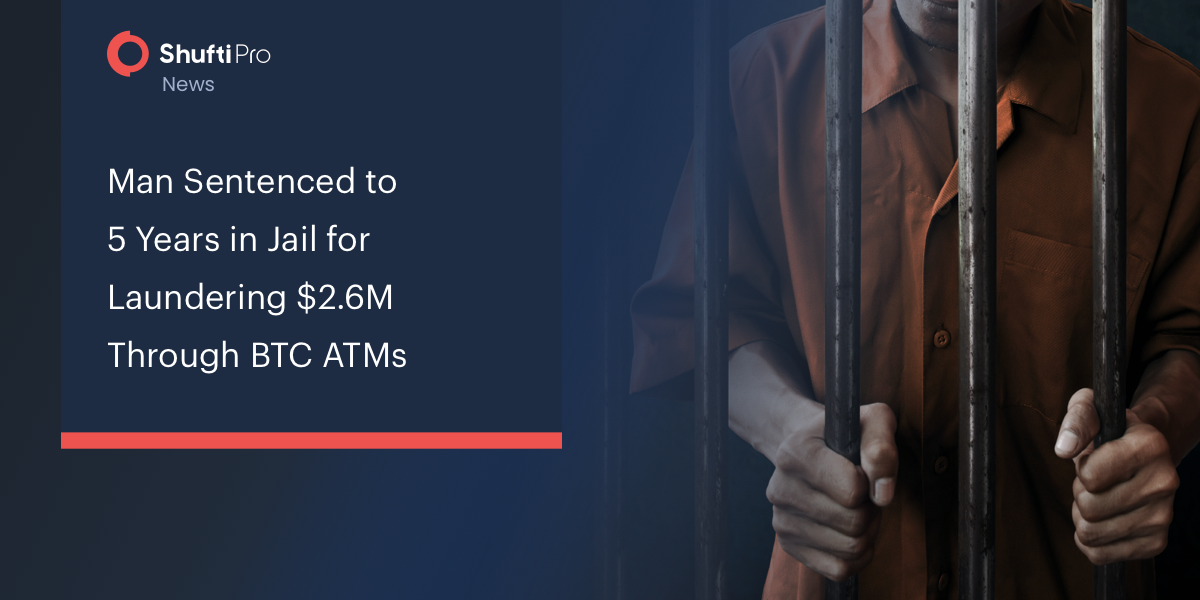 Man Sentenced to 5 Years in Jail for Laundering $2.6M Through BTC ATMs

According to the authorities, about £2 million ($2.6 million) was laundered through criminal associates using a network of cryptocurrency ATMs in a fraud scheme. The criminal group is said to operate by convincing individuals that they need to pay the UK authorities. This is followed by luring them into paying through BTC ATMs.

In a press release, Kent police stated, “No evidence was found that Rymarz was personally involved in these frauds, but investigations showed the extent of his involvement in the group which laundered the criminal money.”

Furthermore, Rymarz was also found to be linked to Wedso Ltd, a UK-registered entity. Wedso Ltd was never registered for VAT and did not pay any corporation tax. The 22-year-old has been repeatedly arrested by the police over the years.

According to the FBI, fraudsters have been using cryptocurrency ATMs to scam people. BTC ATMs provide a convenient method due to the anonymity of crypto transactions, allowing fraudsters to carry out money laundering, drug trafficking, and other heinous crimes.